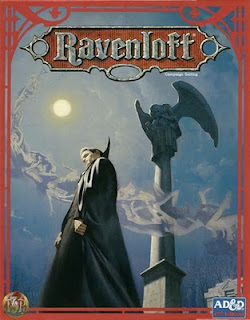 I just saw this news over at the Piazza. Ravenloft will be the next D&D setting to be revived by Wizards of the Coast in 2011. According to poster Dragonhelm, the following was announced at GenCon:

"Ravenloft RPG announced! Characters can play all sorts of stuff that goes bump in the night - ghosts, vampires, etc"

If the focus is on playing undead characters, the 4E version of Ravenloft is going to be a bit different from the 2e version where the main point was not to become killed by the Undead. Of course, as I remember alot of people did use Undead PCs in their RL campaigns back then too.