As a response to the post I made yesterday about DaveCon 2023, one of the members of the Minnesota Team of gamers reached out to me and told me a bit more about their plans for a separate convention in October this year.

The Minnesota Team told me they do not wish to be seen as working against DaveCon. The original Blackmoor players have been meeting for gaming each year for as long as Dave Arneson was alive. When Dave passed away, Bob Meyer took over responsibilities as the Dungeon Master of the group starting with the memorial game in 2010 that Dave's daughter also mentions in Secrets of Blackmoor. The planned convention in October is to be a continuation of these annual conventions. While no official announcement has yet been made, I was told that David Wesely will be present running Braunstein Games as will Bill Hoyt. Most likely other members of the original group and their friends will also attend.

What this means to me is that fans of Blackmoor, Dave Arneson and gaming in general get two conventions instead of one. And there seems to be enough of an interest to support both conventions. That is a very good thing. I hope as many as possible support all of these projects to commemorate the legacy of Dave Arneson and celebrate gaming in all its forms.

The convention known as DaveCon will return for 2023. The convention named after Dave Arneson will take place in Minnesota in April of next year according to organizer Victor Dorso. Special guests for next years convention will include Blackmoor alumni David Wesely, Mike Carr and Bill Hoyt. 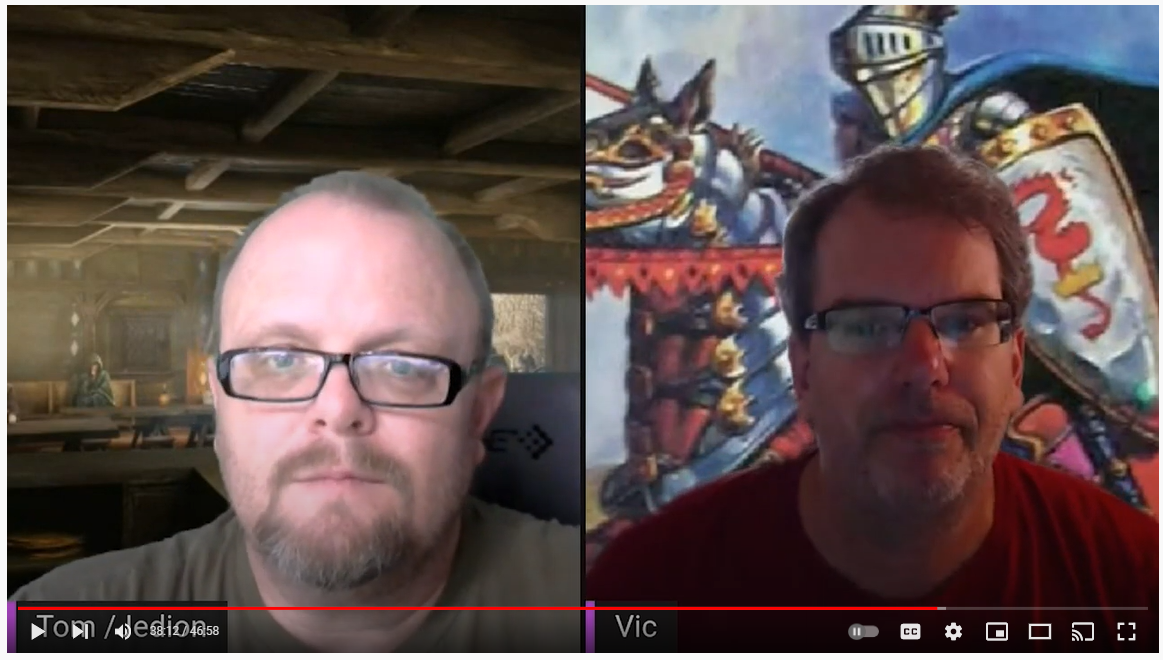 In a recent interview at Tabletop Taproom, Dorso talked about his plans for next year's convention with host Tom /Jedion. In the interview, Dorso says that he sees DaveCon as a continuation of the annual Blackmoor games, that the original Blackmoor players held at the gaming store known as The Source following Arneson's passing in 2009. Dorso also talked about how last year's convention with the theme of unification was met with some negativity from various individuals both from Minnesota and others wanting to start a rival convention. He also admits that controversy surrounding Ernie Gygax Jr. may have contributed to these reactions. However, Dorso is optimistic about nex year's convention that will take place at a larger venue.

Dorso has a great deal of plans for next year's convention and plans on making the event much larger than last years with gaming events, food, beer and other activities, including an app that will let gamers order food and have it brought to their tables. He also stressed that both men and women are welcome at the convention and should feel safe to attend. Children are also welcome as long as they are there in the company of an adult.

Highlights for next year's convention include Braunstein games with David Wesely and Mike Carr running the classic adventure B1 In Search of Unknown, written by Carr and published by TSR in 1978. Bill Hoyt's Blackmoor Castle model that Dave Arneson used for his games will also be on display at the convention. Many old and new RPGs will be played at Dave Con 2023.

A separate Dave Arneson convention organised by others has been discussed for later this year, but nothing formal has been announced yet. Dave Wesely spoke fondly about his experiences at DaveCon 2022 and says he would gladly participate at both conventions, suggesting that there would be enough interest for two such conventions to the Co-Creator of D&D.

It has always been the idea of this author to support all things that would honor the gaming legacy of Dave Arneson and the Minnesota Gamers. I think having Mike Carr as a guest of honor along with Wesely and Hoyt puts a much needed emphasis of next years DaveCon as an event in that tradition.

Further discussion of this article here.

DA4 Duchy of Ten back in Print!

The Complete DA module series is now available as Print on Demand from DrivethruRPG. The final module, DA4 Duchy of Ten just became available in this format. It had previously only been available as a PDF.

DA4 notably is the only module in the series that was not credited to Dave Arneson, but only to Dave Ritchie who had been credited as co-author of the previous three modules. Arneson later said that, unlike with the previous three adventures, he had not been consulted for this one. On the other hand, much of the adventure background repeats and expands upon elements that can be found in earlier instalments of the series. When Arneson's company Zeitgeist Games detailed these lands, they stayed fairly close to the descriptions of the Duchy as shown in DA4.

Read my review of DA4 from a few years back here. 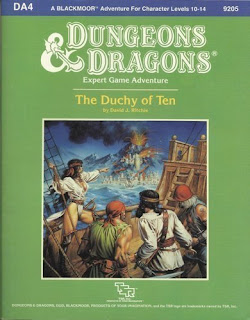 Get your copy of Duchy of Ten here  (Non-affiliate link)