Fight On! to End?

I just noticed via the Akratic Wizardry Blog that the Fight On! magazine is approaching its final issue. Fight On! Fight On holds a special place for me, not the least because of the 2nd issue being dedicated to Dave Arneson. It included the last known interview with Dave and also contained Robert Lionheart's report from his game with Dave at Gen Con as well as Greg Svenson's essay on the First Dungeon Adventure.

Later issues also contained high quality material relevant for Blackmoor fans such as Rob S. Conely's Wilderlands Map expansion (#3), Dan Bogg's article on Champions of ZED (#13) and much more. You can read more about Fight On! at their website here. 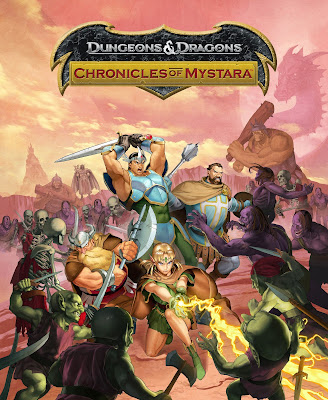 And just the other day I was writing about how 2013 was looking like it was going to be a great year for Mystara fans. Now it gets even better! Remember the classic arcade games Tower of Doom and Shadow over Mystara? Well they are back! Or will be in June, that is! Both games were set in the Known World of Mystara, focusing on a plotline to defeat Deimos the Lich and his master Synn. Synn should be familiar as she was also the nemesis of Prince Haldemar and his crew in Bruce Heard's Voyage of the Princess Ark series.

This is especially exciting since this is the first mention of Mystara from Wizards of the Coast in a very long time. I also really like the new logo, although it is not as nice as Thorf's logo found on The Piazza. Dungeons & Dragons: Chronicles of Mystara will be available for Xbox Live Arcade, PS3, Wii U and PC in June for $14.99. 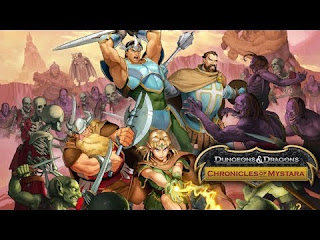 I am wondering if this will be the end of it or if this could spawn more products? A comic book adaptation would be great, or perhaps even a third installment in the game series? Based on the Poor Wizards Almanac Series? Yes, as you can see I am already dreaming. I have posted some more thoughts in this thread at The Piazza. Here is the video teaser for the game:

Greyhawk and Blackmoor. The connection between those two realms goes back to the home campaigns of Dave and Gary. However, when Greyhawk was reorganized in order to become a published setting, the name Blackmoor and was included without much thought to what Arneson's campaign actually had been like. Since that time, both Greyhawk and Blackmoor have changed and grown. This gives us a lot to talk about! For this reason, we have opened a Greyhawk Blackmoor Section at the Comeback Inn. We already have a few Greyhawk experts along with the diehard Blackmoor loonies like myself. Lets hope more join in the days ahead! :) -Havard
at March 06, 2013 5 comments: