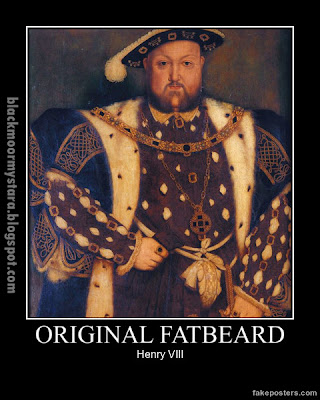 I finally got around to picking up Hackmaster 4th edition last week. I never bought the game when it first came out because I thought it was just a funny, but expensive joke. I later realized that it is a well designed fully functional AD&D-like RPG, but it was not untill reading though the Players Guide that I realized how many cool ideas can be found within its pages.

One of the reasons my interest in Hackmaster was rekindled was the Hackmaster Blackmoor Game, dubbed Tracy's Hackmoor that poster Tracy has been writing about at the Comeback Inn. The campaign is set in the Duchy of Ten and based on the module DA4.

If you are interested, check out the Campaign Journal and Story Hour forum (at the CBI) where you can read about Weasel, Snizzlephish, Elefus and the rest of the gang as they take on the Afridhi Empire! 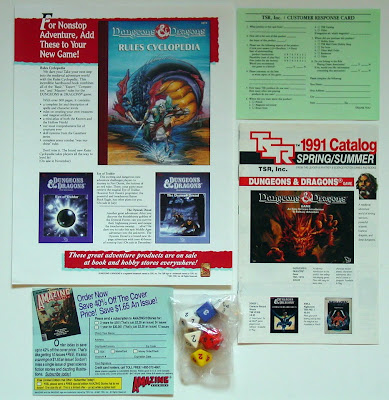 Kyrel posted this picture over at Dragonsfoot and I just had to share it. Dave Arneson himself apparently even admitted to loving this particular version of D&D. Note the pre-production cover of the Rules Cycøopedia up there in the left corner.

Anyway, there is a call to reprint the RC over at wizards.com, so go ahead and sign the petition. Rumour has it that this is the only edition of D&D that is so good that WotC doesn't risk reprinting it. We shall see!

How about this? This company Mintees.com apparently sells this t shirt called the Frog Man Cometh! If you know about a more Blackmoor-esque t-shirt than that, let me know! 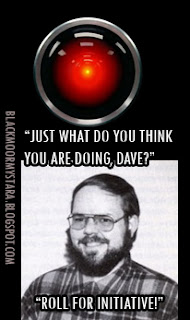 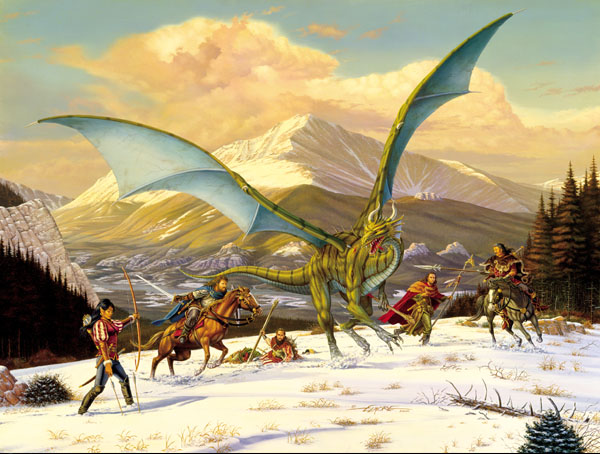 I can still remember my first encounter with the art of Larry Elmore. The 1983 D&D "Red Box" Basic Set. It was love at first sight. Although TSR had many amazing artists including great ones like Jeff Easley, Brom, Clyde Caldwell, Stephen Fabian and others, there were few who to such a degree defined the D&D experience as Larry Elmore. I am happy that Dave Arneson's company chose this artist for the D20 version of Blackmoor.