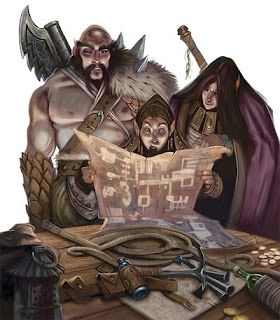 Few are the heroes who have braved venturing into the Dungeons of Castle Blackmoor, and fewer still are the ones who have lived to tell the tale. Fortunately for you, if you are one of those individuals, you have also qualified for membership in the Blackmoor Dungeoneering Society!

My friend David, started asking question about this Blackmoor organization in this discussion over at The Piazza. That made me realize that the documents describing the Dungeoneer Society had never been made available to the public.

I have now obtained the documents and they are available here. (Login required) Check it out and learn all about the most exclusive of Adventurer Societies!  How would you use this type of group in your campaigns?

Braunstein! Issue Resolved out of Court 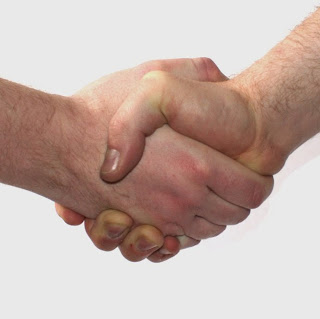 Yesterday, I wrote about the debacle concerning a minor RPG publisher's decicision to make use of the name Braunstein! for their game without consulting with Braunstein creator David Wesely first. Today I have good news regarding this question. David Wesely writes the following:


"I have received a very nice apology from the publishers of the "Braunstein" offered by Drive Thru. They have offered to change the title and delete some of the text; we are in discussions about settling this amicably."

I think it is great that such an issue can be resolved amicably and without involving lawyers and courts. Misunderstandings can happen and admitting it when you have made a mistake is a great sign of character. I wish the publisher all the best in future endeavours. 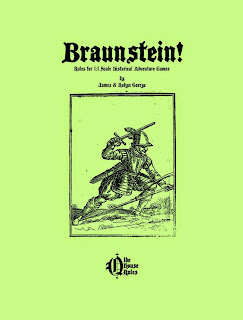 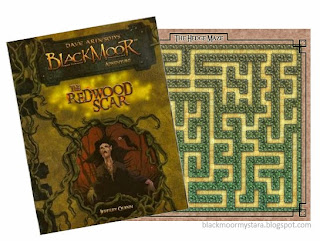 
"It has been some time since I worked on the Redwood Scar. But, as I look at it now, I can turn a sad eye to the one gaping weakness of the product... the maps. Not that I'm truly disappointed with them, after all you get an adventure module for the adventure, not the artwork. But, think of this like looking at your living room after you put wallpaper up a decade ago and think to yourself, that needs to come down and get a new coat of paint. In this thread, I revisit the maps of the Redwood Scar, tear down the decade-old wallpaper, and gussy it up with a fresh modern coat of paint."


The result are some pretty neat maps to update your Blackmoor adventures with. You can get the maps for free here:

Blackmoor to be Revived by Vampire: The Masquerade Creator


It has been fairly quiet on the Blackmoor front for a while, and then last night, May 11 2015, the following was announced via the Dave Arneson's Blackmoor Facebook Page:

" BREAKING NEWS: Gaming icon Mark Rein-Hagen (creator of the World of Darkness, Ars Magica) is returning to roleplaying games, and has expressed interest in putting out the first new Blackmoor material in years! "

Mark Rein-Hagen should be a well known name to anyone who is interested in the gaming industry. He started out co-designing the classic RPG Ars Magica and later went on to create Vampire the Masquerade at the World of Darkness Setting. His influence reached way beyond the  world or RPG design, with the World of Darkness influencing Tru Blood, the Underworld movies and beyond.

Ever since Dave Arneson passed away 2008, there has been alot of speculation on the possibilities of seeing Blackmoor back in print. Many have suggested that it would be legally difficult to make this happen. However, Rein-Hagen is certainly serious about his intent to get Blackmoor back into published form as he made this comment for the Blackmoor Blog:


"I am a huge fan [of Blackmoor] and always have been. Was fortunate enough to meet him when I was a kid. We are going to do everything we can to bring his world back into publication."

Also involved in the project is CA Suleiman and the rest of the team at Mark Rein-Hagen's company Make-Believe Games. In addition to being a well-known game designer for White Wolf's World of Darkness games and the Scarred Lands (Sword & Sorcery Imprint), Suleiman was also heavily involved in the design of the previous iteration of Blackmoor, including the never released Age of the Wolf subsetting.