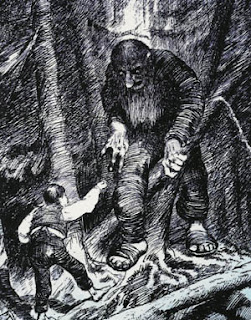 Now I don't know about you, but I would have loved to be part of this game. I have not seen many more details about what this game entailed. Did actual trolls play poker or was it just that the game took place under that bridge where the troll used to hang out?
Was this actually the first Blackmoor game? That is where fans and experts disagree. Most accept that Dave Arneson ran similar games before this time even if they were not announced in the fanzine. Several of his players have said that they remember games at least as early as 1970. Jon Peterson has referred to these games as Blackmoor "precursor games" which leads us to a discussion of definitions, which we can get back to in a future blog article.
In any case the anniversary of the Blackmoor Troll Bridge Poker Game gives us an opportunity to celebrate perhaps the most important step in the development of modern Tabletop Roleplaying Games. Enjoy the day and raise your glass to Dave Arneson!
More discussion of this article here!
-Havard
at April 17, 2021 4 comments: 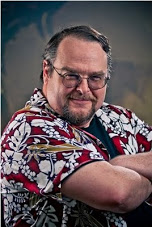 Edit: It has since been made clear that this announcement was a bit premature. The Vaults of Pandius are still awaiting the green light from WotC. Fingers crossed!

It was just announced that Wizards of the Coast have given their approval for a long lost manuscript written by legendary D&D Game Designer Jeff Grubb to be released for free to the fans at The Vaults of Pandius.

The Mystara Sourcebook was comissioned by TSR in 1990s and was to be part of the companies relaunch of the Classic D&D setting under the AD&D 2nd Edition rules. Mystara first appeared in published form in 1980 with the release of the adventure X1 Isle of Dread and was from that point on the default setting of the B/X and BECMI D&D line which also incorporated Blackmoor.

Sadly, the nearly completed book that Jeff Grubb had written was never published as curious reversals of decisions within TSR's management and sales department at the time suddenly decided that instead of a book presenting all of Mystara to AD&D 2nd Ed fans, they instead wanted a product focusing only on the Grand Duchy of Karameikos. These behind the scenes workings which would eventually lead to a gradual death of Mystara even resulted in Jeff Grubb leaving TSR. He describes the story better himself at his blog.

As rumours that this manuscript existed in a nearly complete form, fans became hopeful that it would one day become available for them to read and enjoy. One fan, Travis Henry, even started a petition with more than 800 signatures. Jeff Grubb said that he would love for this work to become available as he was always a fan of the setting since the days of the Known World.

This week, Shawn Stanley who has been managing the Vaults of Pandius website for almost 25 years announced at The Piazza that the book will now finally be released later this year for the website's anniversary. The website was made into the official fan website by Wizards of the Coast in the early 2000s and remains the best resource website for the Mystara fan community. It is very fitting that this book will now find a home there.