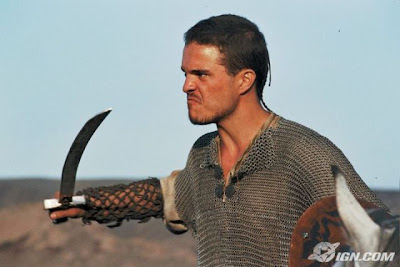 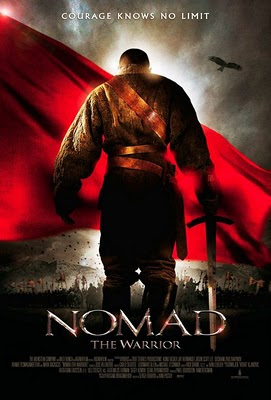 The Codex Immortalis is the definite collection of Mystara's Immortals. My friend Marco wrote these years ago in Italian, but thanks to Mystara enthusiast and Piazza member, Mortis, this two volume pdf is now available for free download for the first time in English.

Not only are these books packed with information, but they are also beautifully presented. Now I know what I will be reading this weekend! Go here to see how you can download them for free. 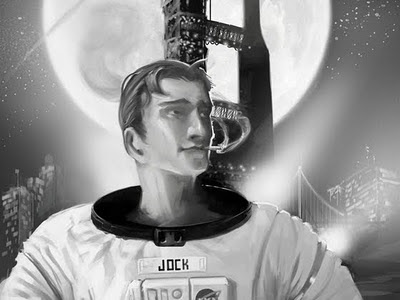 Greg Stoltze's latest project has caught my interest. Mr Stoltze has decided to make a game that includes everything he thinks is cool. What could be more in the spirit of Blackmoor than that? In the video he says that it is a game that combines time travel, rocket ships, mad scientists, Aztecs, alients and much more.

Find out more about the game here. This was just too cool an idea not to share. :)

The Empire of Owls

The Empire of Owls is a new game opening up at the Comeback Inn. This game promises to explore the southern parts of the world of Blackmoor's Great Kingdom.

"The Empire of the Owls" is set in the utmost southern province of Blackmoor's great Kingdom, in the lands of Ravilla, the ancient home of the Gray Elves, somewhat east the Wilderlands, and south of Blackmoor. This is not a canonical setting, so you won't find it on any map. "

Not only will the game take steps into yet unmapped territory, but it will also explore a new era in the world of Blackmoor, being set 90 years after the D20 line products.

"The game is set in the year 1120 of the Northern Calendar, as per the Blackmoor counting of years, or in the year 4522, as per Balozkinar's Corrected Commoner's Calendar from the Wilderlands. The wars in Blackmoor are long over, and the Empire of Thonia is history."

Another interesting feature is that it will involve dominion style play, perhaps resembling the companion rules from BECMI or the style of play seen in the Birthright setting. It seems like this game will be chat based rather than a regular PbP. My buddy Rafael is the DM, and at least one original Blackmoor player is among the participants!

More information on the game, and how YOU can join here.

Over the last couple of weeks I have finally gotten my hands on Holmes Basic, Cook/Marsh Basic and Moldvay/Cook Expert. Since the 1980s I have owned the complete BECMI D&D (along with the RC in the 90s), but it has been nice to add the other versions of Classic D&D to my collection. Frank Mentzer's BECMI remains my favorite version of D&D, but it is interesting to see the little variations in the previous versions. In general I prefer looking at all of these as pretty much the same game. Modules, supplements and other elements are easily used between all of them so having the whole collection really makes me feel proud to say that I am a fan of classic D&D. 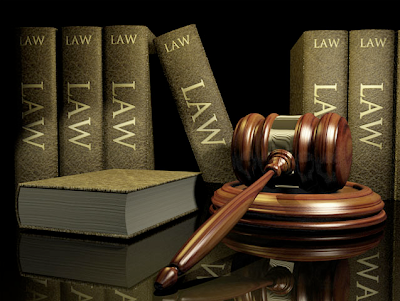 As mentioned the 3rd Arneson Gameday hosted in New York City is being arranged on October 1st this year. The Mule Abides recently posted this fantastic looking poster by Scott LeMien for the event. I love castle Blackmoor in the background and the interesting looking hands/weapons thrust into the air in homage to Dave Arneson.

Here are some of the games announced for this year's event:
More details at the Comeback Inn. Are you doing anything for Arneson Game Day? 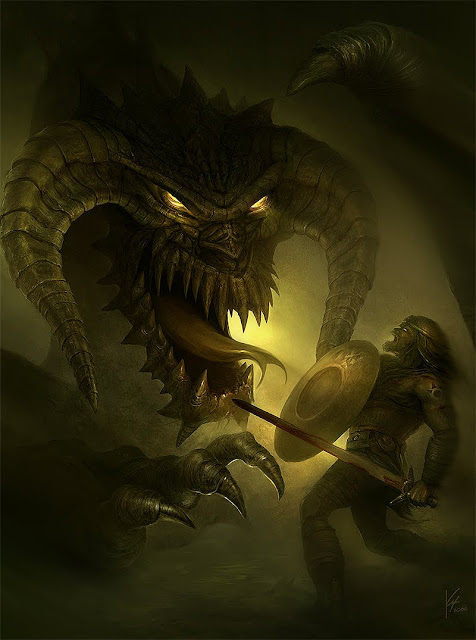 Playing Blackmoor in the real Vestfold


Like many Minnesotans, Dave Arneson and several of his players were of Scandinavian ancestry. As I have mentioned previously, the origin of the name of Blackmoor's city of Vestfold, is probably the Vesfold region of Norway, rather than the Tolkien version. Tolkien most likely got the name for his Vestfold from the same source. It is also interesting that the recent Thor and Captain American movies both have their opening scenes in this area, a fact well appreciated by the locals.

In any case, it was quite cool to be able to go to the real Vestfold this weekend and DM a game of Blackmoor. A member of my original gaming group lives in the region and invited me and other friends from the good old days for a weekend of gaming. We each ran one game, and I chose (surprisingly?) to run Blackmoor.

The game involved exploring the town of Newgate, getting to know a Peshwah Monk, and the quest to find King Uther's lost son. The game was a great success. One of the best games I have run in a while. My players did a great job getting into roleplaying their characters and had alot of fun just talking to NPCs, getting into an epic bar brawl and enduring a petty quarrel with an officer of the city guards. All in all a fun weekend!