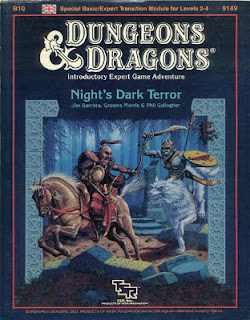 Threshold #9 is out! The latest issue of the Mystara fanzine  covers the Hollow World. This 200 page PDF continues the surprisingly professional lookin style that we have come to expect from Threshold, a magazine co produced by the people of The Piazza and the Vaults of Pandius. 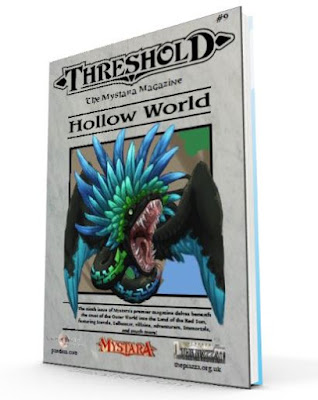 This issue even covers a small article by the author of this blog. In addition you get Icevale Elves,Azcans, the Ecology of Megaliths, Koskatep Megadungeon Level 7, 5th Edition adaptations of Rahasia and much more! Complete with a combination of color and black & white interior illustrations and superb color maps. A must have for Mystara fans and D&D fans in general!

See the official announcement thread here for how to download this free fanzine! 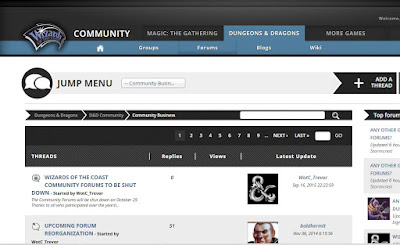 Wizards of the Coast Community to be Shut Down

WIZARDS OF THE COAST COMMUNITY FORUMS TO BE SHUT DOWN


Posted in News on September 16, 2015 By Wizards of the Coast Archive


Choosing to retire a former foundation of our community was not an easy decision, but we feel that we must adjust our communications structure to reflect where conversations about Wizards of the Coast games are taking place.


Social media has changed significantly over the last ten years, and discussions about games aren't exclusive to company-hosted forums. The majority of community conversation takes place on third-party websites (such as Reddit, Twitter, Facebook, Tumblr, and many other fantastic community-run websites), and it is up to us to evolve alongside our players.


We encourage past and current users to retrieve any information you want to retain from the Community Forums for both Dungeons & Dragons and Magic: The Gathering. The shutdown will occur on October 29, 2015, at 10:00 a.m. PT.


We want to provide enough time for our forum members to move their content, and we recognize that given our forum's vibrant user base and extensive history, this may take time. Any information still on the forums on the cut-off date will be deleted. Thank you to all of our past and current forum users. You helped build our community into what it is now, and we look forward to continuing to interact with you on our many active social platforms.

The above was taken from: http://magic.wizards.com/en/articles/archive/news/wizards-coast-community-forums-be-shut-down-2015-09-16