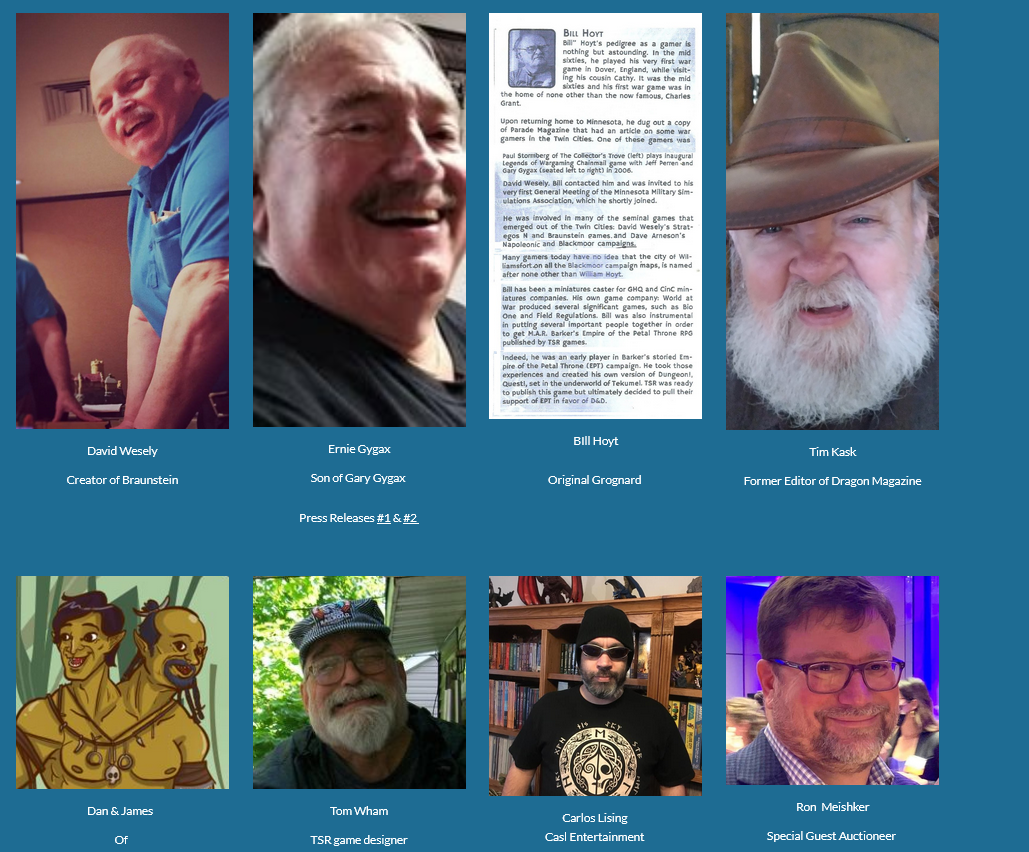 Trouble sharing on social media? Share this link instead.

The new gaming convention DaveCon was announced last year and is to be held in Roseville, Minnesota, for the first time this year from April 8-10th (bring a sweater probably?). Dave Arneson passed away on April 7th so it is possible that this is the reason for the date.

Although very little is known about the actual gaming events of the convention, the list of guests surprisingly included several names of people who had much stronger ties to Gary Gygax than to Dave, including Ernie Gygax and Tim Kask. It is nice to see that the theme of the convention is "Unification" which could be seen as an olive branch offered for the harsh criticism offered from the Gygax camp towards Dave when he was still alive. The inclusion of Ernie Gygax caused some concern given this Gygax son's association with the somewhat controversial TSR Con. This convention appears to be a completely separate event though, created by Victor Dorso of the newly formed Angry Dwarf Games.

It is also nice to see long time friends of Dave Arneson such as David Wesely and Bill Hoyt on the guest list. Convention website includes the following disclaimer: "Angry Dwarf Games LLC and DaveCon are not in any way affiliated with the Estate of Dave Arneson LLC". It is a shame that this convention has not reached out to Dave Arneson's family for this event. It would also have been nice to see the documentary crew from Secrets of Blackmoor appear at the convention, but they have apparently not been invited at this time.

Hopefully, this convention will work out the remaining kinks in the months to come, and end up being a true celebration of Dave Arneson's legacy