Check out this trailer! The Great Kingdom is a documentary put together by Chris Haifley, James Sprattley and Andrew Pascal depicting the origins of D&D and the early days of TSR. Jon Peterson (Playing at the World), Paul Stormberg (The Treasure Trove) and Michael Mornard are also among those involved.

One thing I liked about the trailer is the point made by Stormberg that the real tragedy of the history of TSR is that both Dave Arneson and Gary Gygax ended up on the outside and their creation, Dungeons & Dragons was left in the hands of others.

For those wanting to find out more, the Great Kingdom Facebook Page is a good place to stay updated on this project. I am certainly looking forward to seeing the completed film! 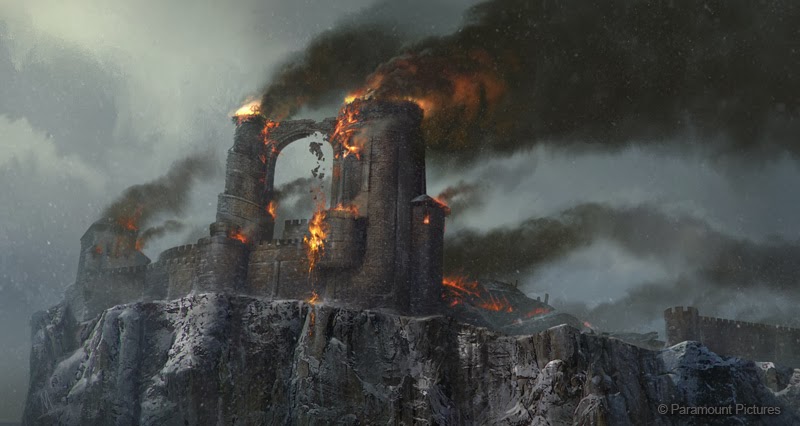 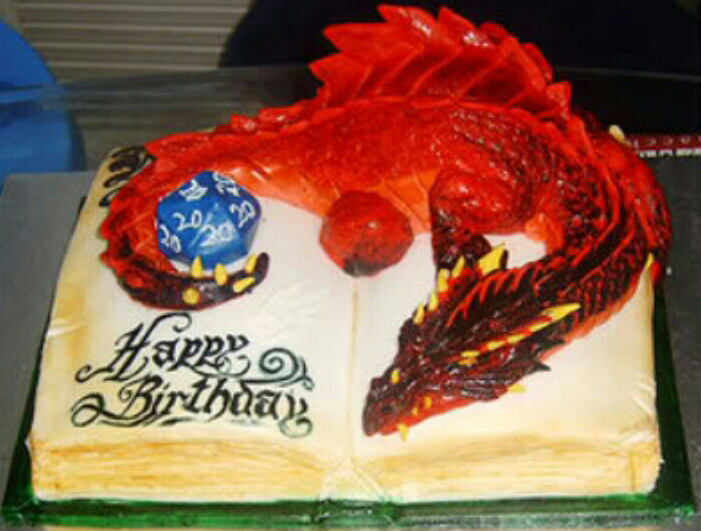 2014 marks 40 years of Dungeons and Dragons. As pointed out by the author of Playing at the World, today could very well be considered the birthday of D&D. Gary Gygax and Dave Arneson created a game that changed the world in more ways than we can grasp.

Most importantly, the game has given countless hours of joy to us all. 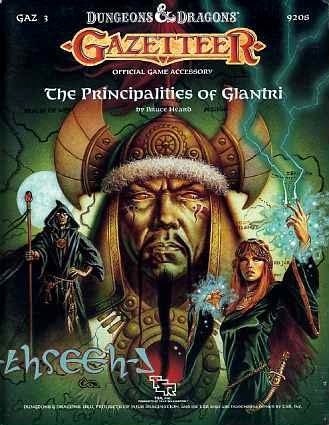 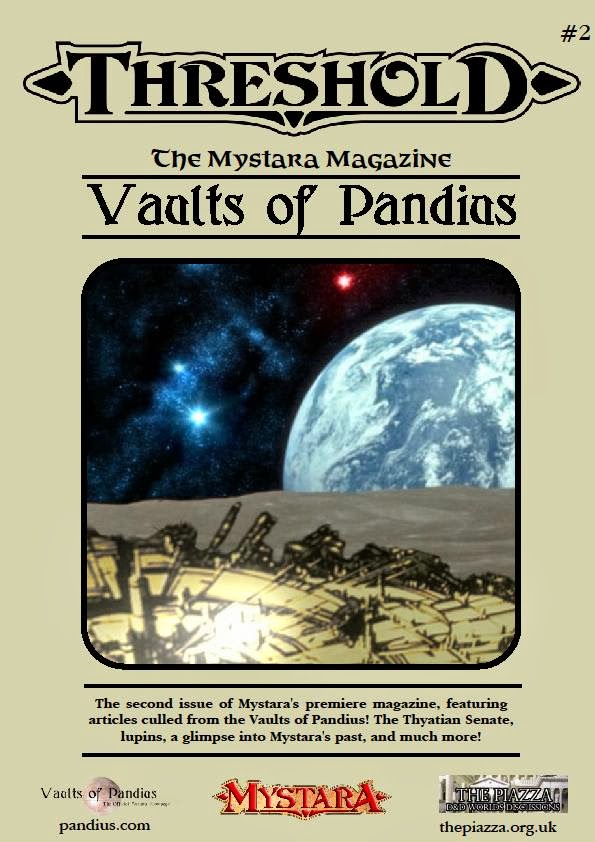 So, the second issue of Threshold: The Mystara Magazine is out this week. This is not the first time I mention this fan magazine on this blog. Although my name is listed in the credits, I'm not really sure there is much there I could take credit for. The end result however is terriffic! Even better for you Blackmoor fans, there is indeed a Blackmoor article by Francesco Defferrari (Sturm) in the magazine.

As with the 1st issue, Threshold #2 follows up with a classy cover, professional layout and editing and 182 pages of high quality fan material. The articles are well written and illustrated by a combination of commons lisence illustrations and art contributions. I really liked seeing the illustrations by I "Meandrathel" Calvin, both in the Hollow Moon and Lupin articles.

With the second issue of Threshold out, the editorial team has proven that they are able to deliver what looks like it will be a regular series of fan magazines for Mystara fans. Issues #3 and #4 are already in the works.

If you are still wondering how to get Threshold #2, simply click on this link. Also, the Magazine has a Facebook Page, so you can "like" Threshold here.


The most popular in the excellent D&D Gazetteer Series for BECMI D&D (aka Classic D&D), Gaz1 The Grand Duchy of Karameikos, by Aaron Allston, has returned for sale in PDF format. It is now available on the DND Classics Site, where it is listed as their "hottest item"! It is annoying that it cannot be found under the B/X Label, and that there is still no Mystara label there, but at least the book is available to new and old fans. I hope this means we will get to see the rest of the Gazeteer series there soon.

This is not the first time I mention the Gazetteer line on this blog. I consider it one of the best D&D product lines ever produced, and it formed the backbone of what would later become the World of Mystara. Coordinated by Bruce Heard and featuring iconic covers by Clyde Caldwell, the Gazetteer Line involved a great number of game designers who would gain fame through other works, including Aaron Allston (Star Wars), Bruce Heard, Ed Greenwood (Forgotten Realms), Ken Rollston (Kingdoms of Amalur), Steve Perrin (RuneQuest), Jenell Jaquays, Anne Gray McCready, Deborah Teramis Christian, Scott Haring, Jim Bambra, Carl Sargent (Greyhawk), Williamm Connors (Ravenloft) and many others.


The Grand Duchy of Karameikos was Aaron Allston's first venture into Mystara, but not his last. An interview with Allston for the Tome of Mystara,
explains that "No other writer has developed Mystara as much as [him]", listing his Mystara credits as:

Skarda's Mirror
The Grand Duchy of Karameikos
The Dwarves of Rockhome
Dawn of the Emperors
The Hollow World
Wrath of the Immortals
Poor Wizard's Almanac (I)
Karameikos: Kingdom of Adventure
Mark of Amber
D&D Rules Cyclopedia

The Grand Duchy is where it all began, and now it can be yours :) 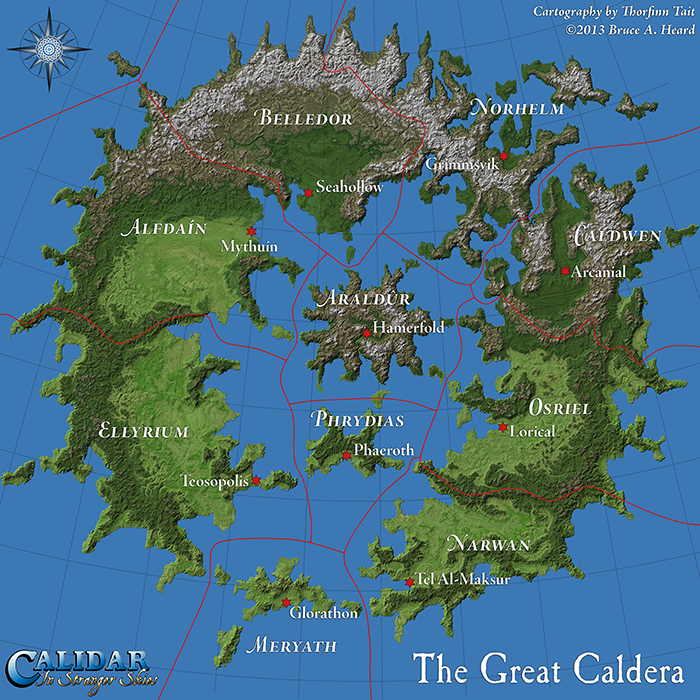 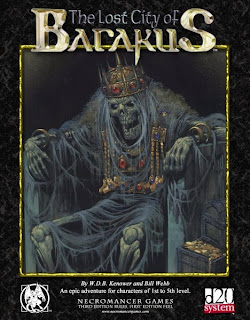 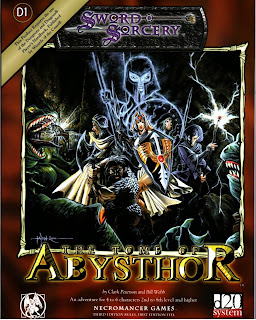 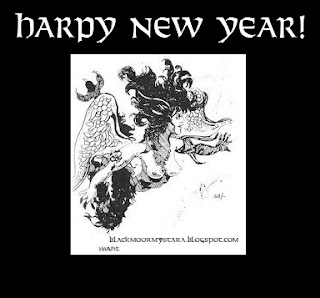 2013 is over and I wish all you Blackmoor fans and readers in general all the best for the new year! Excuse my pun, but this allowed me to post this classic picture of the Harpy from Supplement II: Blackmoor.