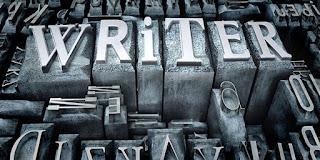 Back in May, I reported an RPG called "Braunstein!" that initially got gamers excited, but then disappointed when they learned that the game had little to do with David Wesely or the original Braunstein Games, which in many was were the predecessors of Blackmoor and D&D. David Wesely was generous enough not to want to shut this game down right away, but instead made a deal with the designers.

After meeting in person with Wesely, the designers have now come to an agreement that their RPG will operate under a lisence from Wesely and be renamed Barons of Braunstein. I think this is a great name and it also removes some of the misleading notions that this game is the same game that Wesely created, which is one of the things that got some fans upset in the first place. Apparently the revised version, whenever it comes out will also feature material by Wesely himself!

It is nice when stories like this get a satisfactory conclusion. I am sure that the Olde House Rules folks were unaware of the problems surrounding their original game. With self-publishing becoming so easy these days, many would be game designers with little knowledge of IP laws can easily step into dangerous or unethical territory. I think that fans play an important role in reporting these issues so that other similar, or even more serious cases can be remedied in the future as well!