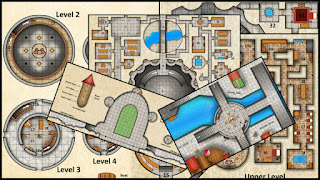 We all remember how TSR Product Manager Bruce Heard brought us the World of Calidar last year. This amazing fantasy world featured Sky and Space faring magical ships, epic heroes questing for Immortality and a wealth of fantastic races and cultures. I have been a fan of Bruce Heard's work since the 1980s when he gave us Dungeons & Dragons books like The Principalities of Glantri, The Orcs of Thar and of course the ongoing series The Voyage of the Princess Ark in the pages of Dragon Magazine. 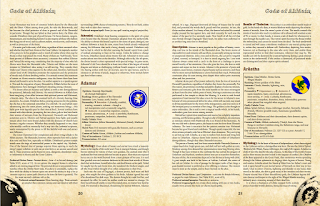 I was a backer of the first Calidar Kickstarter: The World of Calidar: In Stranger Skies, so I was naturally excited when I heard that we will be getting more goodness for this setting. This new Kickstarter will give newcomers a chance to get the original book at a reduced price as well as new exclusive titles. The upcoming World of Calidar: Beyond the Skies will detail the Gods, Sprits, and other Planes of Existence in the Calidar Universe. I am also happy to see my good friend Thorfinn Tait returning as cartographer for this book as well. Thorfinn makes the most amazing RPG maps and in addition to Bruce Heard's writing, I find that the maps and floorplans he makes have really become a trademark of the World of Calidar. I can't wait to learn more about this project.

Take a sneak peak at the upcoming World of Calidar: Beyond the Skies here.


Visit the World of Calidar Forum on the Piazza. 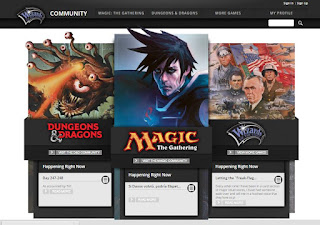 TSR Authors Talk about Mystara and the D&D Gazetteers

Do you remember back in the first decades of Tabletop gaming? Back then, our best hope of interracting with the Dungeons & Dragons game designers was to write a letter to Dragon Magazine and maybe have someone reply. Especially for those of us living in places where the idea of going to GenCon or Origins seemed like an epic journey.

These days though with this thing called The Internet, that has all changed. Over the last couple of months, the Mystara Reborn group on Facebook has exploded. It has now reached 1195 members and keeps growing. One of the great things about this group is the participation of many of the TSR game designers who helped contribute to this classic Dungeons & Dragons Game Setting. With a history of published material dating back to 1981's X1 The Isle of Dread, the list of game designers having been involved with the World of Mystara over the years sure is a long one.

Even more amazing to me is how so many of these game designers have such fond memories of their contribution to this setting, so much that they are actively participating in discussions in the group. Current membership includes Bruce Heard, Frank Mentzer, Ed Greenwood, Scott Haring, Steve Perrin, Jim Bambra, Jennell Jaquays, Douglas Niles, Ken Rolston, Steven Schend, Lawrence Schick, Merle Rasmussen, Michael Dobson, Steven Winter and Ann Dupuis. (In random order. My appologies if I forgot anyone, it was a long list to scroll through!)

It is indeed a great time to live if you are a fan of one of the oldest Dungeons & Dragons Settings. I am looking forward to see who else will sign up to join the chat in the coming months.  Especially missed are Aaron Allston, Tom Moldvay, Gary Gygax and Dave Arneson. But those esteemed gentlemen are not forgotten.