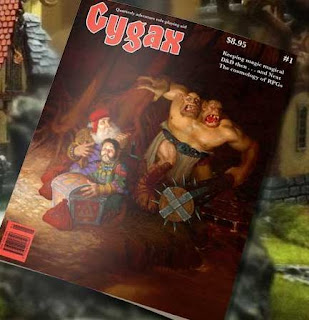 August 23rd-24th 1969 marked the third gaming convention arranged by Gary Gygax and his Lake Geneva Group. As the first convention was a much less formal gathering in Gygax' own home with only 12 participants back in 1967, the 1969 convention was called GenCon II. It was here that a meeting would take place between two men who could change the course of history together. Held in Horticulture Hall in Lake Geneva, this was the first time GenCon would run for two whole days and 187 guests would attend.

Dave Arneson would later remember this convention very fondly. The 21 year old Dave was already passionate about gaming. 31 year old Gary Gygax had not yet begun his career in games publishing, but he had already made a name for himself in war gaming circles with being one of the founders of the International Federation of Wargaming.The two would later work together on Don't Give Up The Ship (1972) and Dungeons & Dragons (1974).  In the early 1970s, Dave Arneson also contributed several articles to the Domesday Book fanzine distributed by Gary Gygax and Rob Kunt'z Castle & Crusades Society. Dave Arneson also helped introduce David Megarry to Gary Gygax for the possibility of getting Megarry's Dungeon! Boardgame published. With all the amazing creative collaboration between the two in the years that followed, what could this first meeting between Gary and Dave have been like? This is some of Dave's recollection:

"It was the first time we really got to network with each other. Mostly you would talk on the phone with local guys. We got to meet [people from] as far away as Chicago — and from Minneapolis, that’s pretty good. I was excited to meet people you only read about in magazines. The only person I remember specifically is Gygax. That’s when he and I started to work out our collaboration for future game projects. He was just another gamer, full of gamer ideas."


From the sound of it, the creative juices started flowing immediately when they met. Dave was not used to meeting gamers from out of town and it seems clear from all of this that it must have been very exciting for him. It also sounds like he did not expect the host of GenCon and co-founder of the IFW to be such a down to earth person and how easy it was for them to talk about their gaming ideas. Can you imagine sitting in on THAT conversation?


It was, not surprisinly, meeting Gary Gygax that later stood out the most for Dave Arneson at GenCon II. A 13 year old Rob Kuntz was also present as were many others. However, Dave also mentions, in his quote, meeting gamers from Minneapolis that he did not know about. In a comment to the Castle Blackmoor Facebook Page, David Wesely shed some light on this:


Dave's ironic comment above about meeting people from Minneapolis is because we first met Mike Carr and his gaming group at Gen Con II, which was surprising because we and they were all from the same cities and had no idea that the other group existed until we met at Gary's house!

This is pretty funny. Mike Carr, perhaps best known for his Fights in the Sky game and B1 Quest for the Unknown, is someone I had always thought of as part of Dave's gaming group, so it is interesting that both of them had to go to Wisconsin to meet. Mike would late be remembered as Bishop Carr in the Blackmoor stories. I made an interview with Mike which you can read here.


As we all know, the friendship and good professional relationship between Dave and Gary would not last forever. But in the time from that GenCon and for the first half of the 1970s it would be a source of magic! 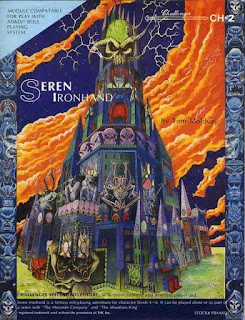