NOTE: I got some of the facts wrong when I first wrote this article. I confused Crolley with his father and got the ages wrong. Thanks to Bob Meyer for helping me get the the facts right. This article has now been revised and is hopefully rid of mistakes.

I just learned that William Crolley passed away some time ago through obituary of his father at the Star Tribute: . I first heard mention of Crolley back in 2013.He was not on the list I had originally been supplied of the people who played in Dave Arneson's games, but that list was never a complete list. It has taken me a while to get around to people like Crolley and it is a shame that I never got to talk to him or write to him.

"Bill was around at the at the time of Blackmoor, and also played in many of the other games we were playing at the time. He was consumed in working on an invention that he was trying to perfect, and ended up moving in with relatives in a western suburb of the Twin Cities. We did not see much of him after that. I lost touch with him long ago. "

Michael Mornard (Gronan) suggested to me that Crolley may have been present when Dave Arneson had first introduced Clerics into the Blackmoor Campaign. I don't like reporting on people having passed away, because it feels so selfish thinking about the things I would have liked to ask of William Crolley and others. At the same time, I think this blog needs to make a record of everyone who in some way added to Blackmoor. 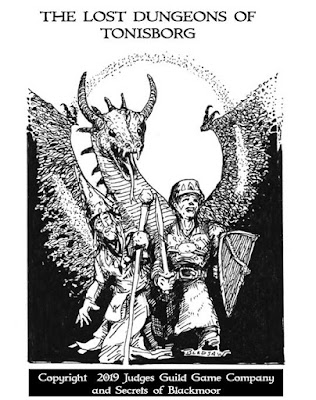 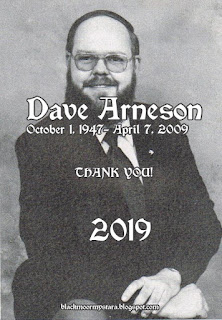 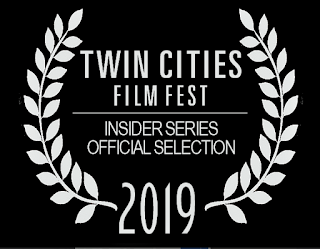 Secrets of Blackmoor, the Documentary about the Blackmoor Campaign is to have its World Premier at Twin Cities Film Fest 2019. This announcement was posted on Facebook:


🎲 GET YOUR TICKETS NOW🎲
🎲 ONLY 200 SEATS LEFT 🎲
It seems fitting that a movie about a bunch of gamers from the Twin Cities should have its World Premier at a Film Festival in the Twin Cities. Secrets of Blackmoor has recieved its first festival laurels from the Twin Cities Film Fest! Come join us for a Red Carpet Gala: Wednesday May 8th 2019. Tickets and info here: https://twincitiesfilmfest.org/ Book your tickets before it's too late! https://www.youtube.com/watch?v=-V3cYjSdThw Watch out Minnesota - Secrets of Blackmoor is coming and THERE'S GONNA BE A BIG PARTY 😁

If you live in the region and have a chance to drop by the festival, please send photos and info this way! I would love to see first hand reactions to this premier!

Email ThisBlogThis!Share to TwitterShare to FacebookShare to Pinterest
Labels: Secrets of Blackmoor 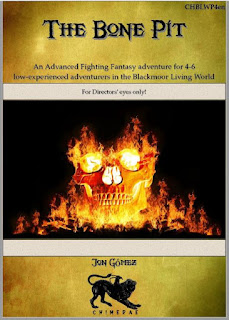 April Fools: BREAKING NEWS: Famous Admiral Appears in Washington, Takes Game Designer Hostage RENTON, Washington — A naval officer who was declared dead when his legendary vessel crashed exactly seven years ago today made a sudden and unexpected reappearance in Renton, WA. Witnesses reported a series of strange flashing lights culminating in a group of people in strange clothing appearing in the middle of a car park.

“It was like they teleported in from some alternate dimension or something, man!” remarked a bystander named Chris. The group made their way to local gaming company, Wizards of the Coast, where they walked into the building and began making demands. The leader, apparently the captain of a “sky-ship”, demanded to see the lead designer of famous role playing game DUNGEONS & DRAGONS (R). “In the name of her Imperial Majesty, I insist that you bring this Mr. Mearls to me this instant!” he was heard to say, brandishing a strange stick in one hand in a strangely hypnotic manner, the feather in his outlandish hat waving about his head. To the shock of everyone present, the receptionist proceeded to summon Mr. Mearls, who appeared in short order wearing a t-shirt emblazoned with the slogan, “Unearthed Arcana: The Truth is Out There!”

From there, the situation escalated quickly. The interloper’s leader announced that he was “an admiral of Her Imperial Fleet”, and began to accuse Mr. Mearls of collaborating in the destruction and looting of his “sky-ship”. “It was your company’s employee, a Mr. Robert J. Schwalb, who reported that my ship was crashed — my crew dead! — was it not?!” When Mr. Mearls informed him that Mr. Schalb no longer worked for the company, and was not there, the group became agitated. A large-looking man wearing a tiger-like mask (which looked amazingly real) stepped forward and grabbed poor Mr. Mearls, and amid shouts of “The Princess will have vengeance!” the whole group disappeared in a cloud of coloured smoke. The current whereabouts of these people and the unfortunate Mr. Mearls is unknown. Police have interviewed witnesses, but many find the whole situation to be inherently unbelievable.

In other news, scientists today discovered hitherto unknown tunnels leading deep into the interior of the Earth. "We never would have believed these tunnels could go this deep!" the lead scientist told reporters. "Ordinarily the conditions beneath the ground would make such deep tunnels impossible. And yet, here they are."


Edit:
For the record, the text linked above was written by my good friend Thorf. Were were discussing the idea of an April Fool's Joke that was a little retort to the pretty poor taste joke WotC played on Mystara's expense back in 2012 which is linked in the article. Thorf suggested I post the text on my blog.