DUCHY OF THE PEAKS - PART III 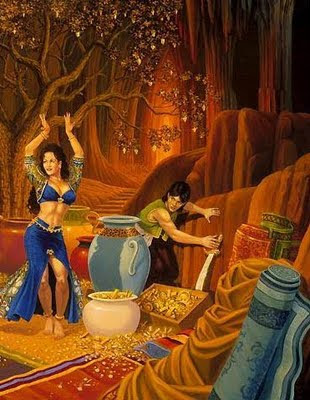 500
Rogue Mages settle in the Superstition Mountains, founding the Duchy of the Peaks.

700
The Unwanted begin settling the lands west of the Misauga River. Some of these Unwanted settle in the Duchy of the Peaks.

815-896
Mage Wars rage in the Province of Blackmoor. Many Sorcerers find refuge in the Duchy of the Peaks.

970
The Duchy of the Peaks makes contact with the Egg of Coot.

980
Lord Whitehead becomes the new Duke of the Peaks.

994
Marfeldt the Barbarian begins his massacre of the Duchy of the Peaks, reportedly reducing its population by 30%.

1015
The Duchy of Ten is occupied by the Afridhi. The Duke of the Peaks attempts to reach an understanding with the forces of Toska Rusa.

1020
Duke Whitehead marries an exotic dancer named Sonia Sholako. Through the use of her charms and magic, she is soon able to gain complete control of the Duchy of the Peaks.

1030
The Present. The alliance with the Afridhi has proved to be a poor one for the Peaks and the general level of conflict in the North is causing economic problems for the Duchy. Rumours of civil war and general unrest in the realm is spreading.