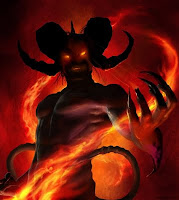 Blackmoor is more than just a game setting. Given Arneson’s role as a co-creator of D&D, he had to develop his own style of gaming. Much of what was Arneson’s campaign style was what became the foundation of D&D, but there are other concepts that were not adopted by TSR as the D&D standard, which it can be interesting to explore. Today, Blackmoor is supported by OD&D, BECMI, 3E and 4E. Regardless of which edition you prefer, many of the elements of Dave’s style can be adopted.

One of these ideas is to allow some of the players to take on the role of the “bad guys”. We are not just talking about playing evil aligned characters here, that is not so unusual. What Arneson would do is that he would divide the players into two teams. One would play the good guys and one would play the bad guys.

“If I remember correctly, they played different bad guys in many adventures, depending on what the good guys were doing”

However, it also seems like some of these villains would be recurring characters. In his blog, Sham talks about Sir Fang, the Vampire character played by David Fant. Fant originally played the Baron of Blackmoor, but his character eventually became a Vampire. Mark Rein Hagen wasn’t the first game designer to use this concept then! Dave Arneson mentioned another player who took the role of a Vampire:

“Duane Jenkins -- Vampire-Knight; Sir Jenkins (He wanted to be a Vampire but I kept frustrating him. hee hee”

[Frederick Paul Funk III], an entirely decent if somewhat eccentric fellow, and a very nice guy to the punk kid I was, played an orc. In fact, he ended up being Funk the 1st, King of All the Orcs, somewhere down the line. And in particular, was responsible for the idea of the Orkian Way – Badger2305

Curiously though, the most legendary was based on a local wargamer named Greg Scott, who had no interest in roleplaying games.