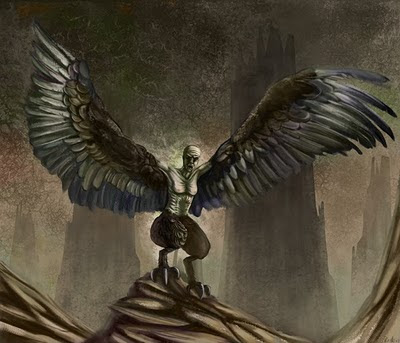 I've never really regarded the Harpy as a particularly Blackmoorian creature, but on Friday, A Paladin in Citadel made me remember the legendary harpy illustration from Supplement II. I wonder to what extent the monster selection from Supplement II should be an indication of which creatures are the most common in Blackmoor. Based on who wrote what in that supplement, perhaps not so much, but then again, the book does have the Blackmoor label on the cover and Dave didnt seem to mind having it associated with himself even in later years.