Elves of Blacklore: A New Look 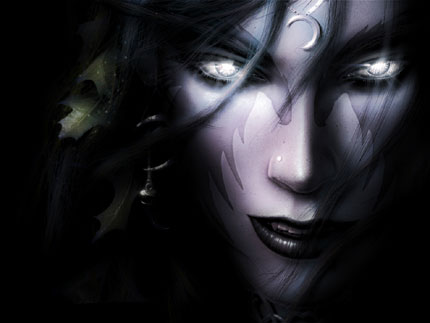 As most of you will know, the majority of the Classic D&D products which featured Mystara, also included Blackmoor references. This is also true for the greatly underrated Hollow World Boxed Set, by Aaron Allston, which featured an entire culture with ties to Dave Arneson's Blackmoor; The Elves of Blacklore.

Mystara is a possible future of Blackmoor, one where Blackmoor first grew into a powerful technomantic Empire, due to discoveries from the City of the Gods, but which then destroyed itself in the Great Rain of Fire, since combining magic and technology is a tad too unpredictable.

The Elves of Blacklore were elves from the southern continent who had made contact with Blackmoor some time before its destruction and had become fascinated with the technology of the humans. Being a fairly naïve lot, they quickly abandoned their own culture, absorbing as much as they could of the new technologically based way of life. 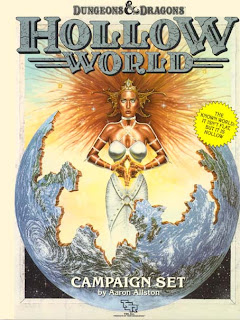 Unfortunately, the Hollow World Boxed Set treats the entire Blacklore culture as a joke. Having jokes like this within the gaming products was quite common back then, but although it was a fun read, I think there was an opportunity missed here in this otherwise excellent product. In the past I have presented a more serious take on the Hollow World version of the Blacklore Elves.

What struck me the other day was that the Blacklore Elves could be a factor even in the classic Blackmoor age. We do not need to limit them to elves from afar, but any elf who becomes so fascinated with City of the Gods artifacts or steamtech and clockwork devices can become a Blacklore Elf. I predict some critical comments: "Bah, another elven subrace?". But this isnt really about subraces (at least at this point). These are individual elves who go directly against their own nature to pursue technology rather than living in harmony with nature. Which consequences will this have on the elves themselves. I imagine something sinister, almost like a human selling his soul...