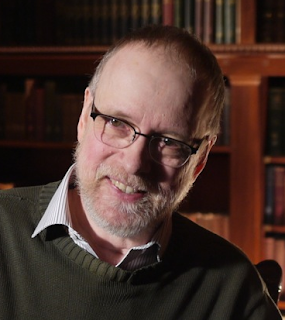 David Megarry, designer of Dungeon!, friend to Dave Arneson and Original Blackmoor Player adresses the recent discussions surrounding Dave Arneson's role as Co-Creator of D&D. It's not really about one side supporting Dave and another supporting Gary, Megarry says:

The "sides" are somewhat artificial. Now that ego's are out of the way, we, the living, can moderate the division and start to bring a balance, if you will, to this great creation which was started in basements and is ending up in Fortune 500 board rooms. Just as the Irish figured out The Troubles, let us also do what needs to be done to keep Gygax and Arneson from being forgotten collectively and end the division. It is already happening: their names are relegated to small type on D&D credits. It won't be long before even that goes away. Luke is trying to keep his father's name alive with Gary Con and understands what contribution Arneson had to the collective effort. The Secrets of Blackmoor documentary is our effort to keep Arneson's name alive and maybe the Minnesota crowd needs to start an Arnecon (or whatever...don't worry, Luke, I will guarantee that it will be six months different;) The Kotaku article demonstrates that corporate could take over the narrative and construe whatever makes them the most fame and fortune.

While there were times of tension between different sides, Megarry stresses that even after the publication of D&D, people Dave Arneson's group worked alongside Gary's other employees to help TSR succeed in its early stages:

You must realize that the bulk of the creative Minnesota people were working for TSR in 1976: Arneson (D&D, Adventures in Fantasy, First Fantasy Campaign...), Megarry (Guerrilla War, Dungeon!, Pentastar...)and Carr (Don't Give Up The Ship, Fight in The Skies, 24 Hours of Le Mans...); the only people not represented were the David Wesely (Strategos N, Braunstein, Source of the Nile, Valley Forge...), Ross Maker (Source of the Nile), The Snider Brothers (Richard: Adventures in Fantasy, Mutant...John: Star Probe and Star Empires) and Professor Barker (Empire of the Petal Throne). Did I forget anyone? (Duane Jenkins with his Western RPG??).

Since TSR already had a creative staff working "upstairs" when Dave Arneson and his friends arrived at the company, the Minnesota group found other ways to help the company that didn't necessarily give them credits on published books:

We embraced the downstairs work as we realized the company would flounder if it wasn't done. Terry Kuntz got the Dungeon Hobby shop in order and it was contributing to the cash flow of the operation as well. Unfortunately (or fortunately from a TSR perspective) Arneson was an excellent shipping clerk and shipping hummed. As the inflationary growth spurt started to set in, Arneson's contribution to the company as a shipping clerk became more and more important. Arneson, of course, felt this was a demotion of a sort and began to rail against the role he had slipped into. When he tried to assert his creative input, it was rejected (almost out of hand). He had been hired to be a designer; that he stormed out after being rejected as such, is not surprising.

Tim Kask, editor of Dragon Magazine, has perhaps been the most vocal critic of Dave Arneson from the time Dave worked at TSR, but Megarry says he understands Kask's frustration:


Tim's dealings with Arneson were jaded with by the experiences we had together in 1976 at TSR Headquarters. From Tim's point of view, Arneson and most of the Minnesota contingent were not very productive on the creative front. The Arneson Basement crowd ended up that year doing a lot of nuts and bolts running the "downstairs" part of the business. It was the time of the 2nd stage of a business [...] Tim was really stretching himself to create a successful magazine and, IMHO, felt that the other "creative" staff was not pulling their weight. You must realize that the bulk of the creative Minnesota people were working for TSR in 1976: Arneson, Megarry and Carr; the only people not represented were the Snider Brothers and Professor Barker. That we produced not one item (other than the Blackmoor supplement) must have seemed to him we lacked the creative spark. Tim was part of the "upstairs" and wouldn't necessarily have appreciated what was happening to the company in the late Fall 1976.


I think Megarry makes some very important points here. If the people who were present at the creation of D&D and the early days of TSR are willing to let old conflicts go, D&D fans should certainly also do the same. While we live in a time when many are attracted to tribalist ideas of us vs. them, those of us who care about the  origin of our hobby have much more to gain by working together to preserve the memories of both D&D Co-Creators as well as the others who played an important role in those early years.

This does not mean that we should turn a blind eye to facts when they present themselves. If evidence is there to suggest credit is due, then we should be honest enough to examine that. Most of the readers of this blog will know that both Dave and Gary deserve tons of credit for bringing forth the game that we all love. We can all do our part to preserve that truth for the future.