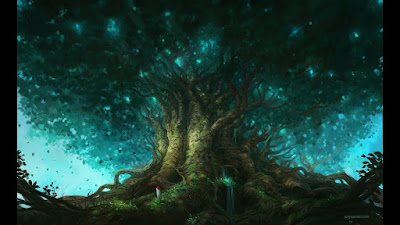 Yesterday, we sounded the horn! Dave Arneson Game Day is coming. Who will heed the call? Along with partner websites like The Comeback Inn, The Piazza, OD&D74 and the Blackmoor Fans Facebook Group, many others are letting us know they plan on participating!

On Twitter, my friend and Game designer Tim Brannan is revisiting old articles he has written about Blackmoor. Several of them make use or references of material I have created, which is just really nice!

In the Comeback Inn Blackmoor Week Thread, several people have announced games they are running. In the Piazza Blackmoor Forum, there is renewed interest in the Blackmoor Dweomer Realm.

Meanwhile, Terror Inc lead designer Phil Slama who did much work on the Blackmoor MMRPG has completed five Blackmoor Fan Adventures that we hope to get released to the general public very soon. Read more details about that here.

Speaking of Blackmoor the MMRPG, all four seasons of that D&D Living Campaign are available at The Comeback Inn, but that is not the end of that story. I can now reveal that we will see new material connected to the Blackmoor MMRPG, ready for use for your D&D Games later this week!

The biggest announcement I have today is that I've been working with Greg Svenson for a new major publication that will be made available on Dave Arneson Game Day. Both Greg and I are very excited to share this with you. For free of course!

So, will you be joining our fun? Dave Arneson Game Day is for everyone. Post comments here and let us know if you are planning games, other activities or if you excited to hear any of the things I am writing about above!

Stay tuned for more Blackmoor news on this blog every day this week!