Joe Manganiello is a Mystara fan 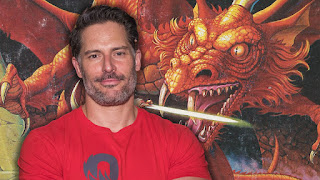 Actor Joe Manganiello (True Blood, Justice League) has made a name for himself as a D&D superfan over the last few years. He has appeared on numerous streaming shows talking about his passion for D&D and showing off his amazing gaming cellar. Most recently, his character, Arkhan the Cruel appeared in the D&D5E Adventure Baldur's Gate: Descent into Avernus.

I recall that in one of his videos, he mentioned that he started out with the Frank Mentzer edited BECMI Red Box D&D set, which gets him even more props in my book. However, last month I also learned that the man is a Mystara fan! Check out the twitter correspondence between The Piazza, Joe and myself: 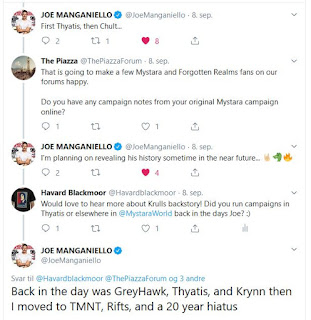 Joe refers to the setting as Thyatis rather than Mystara, but we all know what he is talking about! I started to suspect things when it was revealed that Arkhan the Cruel has a companion who is a Tortle. I wonder if Arkhan himself was a Mystara character?

We know that Joe likes Mystara. Will Mystara fans like Krull the Tortle Death Cleric?

Now, back to writing about Blackmoor Week!