Was Kotaku Wrong to Rehash Arneson vs. Gygax Debate? 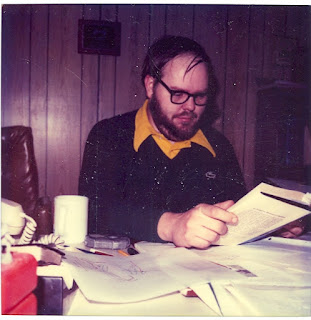 Two days ago Cecilia D'Anastasio  published an article called Dungeons & Deceptions: The First D&D Players Push Back On The Legend Of Gary Gygax at a website called Kotaku. While I found the article to be well researched and making some very interesting points, some of Gary's family members and fans have reacted strongly against the article while others feel like this is stirring up old bygones that should have been left alone. Others again point to the fact that D'Anastasio wrote an article on Gary's Widow Gail Gygax earlier this year which many saw as rather one-sided.

Gary Gygax passed away in 2008 at 69 and Dave Arneson passed in 2009 at 61. While the two had a falling out early in their careers, both men apparently moved on long before they died. Is the "who did more, Dave or Gary" discussion really worth dragging up or is it just something D&D fans who love drama use to entertain themselves while getting in pointless fights over it on forums and social media platforms?

I have tended to stay away from this debate myself. Although my work has always focused on Blackmoor and Dave Arneson, I have always seen myself as a fan of both D&D creators. I have never had any interest in the drama beyond learning the basic facts of what happened.

The problem, however, is that by leaving this discussion alone, we risk forgetting half of the story. The story that is most often forgotten is the story about Dave Arneson and the Minnesota Gamers. The Kotaku article is correct in saying that some misconceptions about the history of the hobby are being perpetuated by books and articles that have been published on the subject over the years. Several documentaries are in the works and with only one notable exception, these appear to focus on the importance of Gary Gygax.

The topic that even the best works on D&D History get wrong is on the importance of Chainmail in the development of D&D. The Kotaku article correctly identifies how by describing Dave Arneson's Blackmoor campaign as simply a Chainmail Game, the real significance of Arneson's contributions to D&D are lost. I have talked about this problem back in 2016 on this blog.

I think the best part of the Kotaku article is where it describes Dave and Gary's contributions to the creation of D&D this way:

To be sure, there would be no Dungeons & Dragons without Gary Gygax. Chainmail is a clear influence for D&D’s famous combat rules, and Gygax’s particular tastes in literature and voracious reading habit helped populate D&D’s world with monsters, gods, and legendary beasts. Gygax saw the potential in Blackmoor, or the aspects of Chainmail it happened to bring out, and moved quickly and purposefully enough to put the idea into a publishable format. But what gets lost is that neither would there be D&D without Dave Arneson. And indeed, the things that D&D fans love the most about the game—the things that distinguish “role-playing” from “fantasy wargaming”—were Arneson’s vision.


By simply choosing to avoid these discussions, I think we risk overlooking the importance of powerful ideas and concepts that are still found at the core of the hobby today. Some of these ideas are the very things Dave passed onto the hobby, in part drawn from his friend David Wesely's Braunstein games and other ideas brought in by their fellow gamers in Minnesota.

More importantly to new generations of D&D fans, I think there is much more to learn from David Arneson and his friends. Because Arneson left TSR (or was forced to leave) so early, many of the ideas and concepts that Dave Arneson's Gaming Group experimented with in the late 60s and onwards never made it into D&D. Perhaps learning more about Dave Arneson and his friends and what they did in gaming can inspire young gamers today to take the hobby to new places in the future!

In the last decades I have been researching the story of Dave Arneson and his friends, not because I love to dig up dirt or because I want to hurt the legacy of Gary Gygax. I don't like hurting anyone's feelings. I have been doing this because I am interested in truth. There are many people out there telling Gary's story, so it is only fair that some are telling Dave's as well. Perhaps the Kotaku article could have been written in a more moderate fashion and avoided some characteristics, a few quotes and its provocative heading. But at least it is another voice telling Dave's story. Its not like our corner is that crowded.