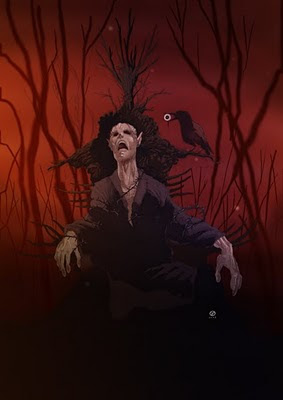 Redwood Scar (2003) was the first adventure to be published for Blackmoor since 1987. Written by Jeffrey Quinn, Luke Johnson and Christopher Reed, the adventure was set in the elven realms of Redwood northwest of Blackmoor Town.

The adventure revolves around the forrest itself, along with its inhabitants being slowly corrupted by a magical abomination; a scar on reality itself. A great mystery to many Blackmoor fans was the origins and true nature of this scar. In a recent discussion over at the Comeback Inn, Jeff Quinn reveals a few new details on this matter:

What "is" the Scar? As described, it is a choke point or eruption of the fabric of magic and reality caused by the huge release of energy during the Mage Wars, the "birth" of sorcerers, and the downfall of the Westrin princess. These events culminate in "festering wounds of malice and evil" on the land itself. To use a more modern 4e approach, the Scar is to Blackmoor as the spellplague is to the Realms.

Previous theories include some connections to the Valley of the Ancients. In my own campaign, I attributed the scar to the machinations of the Egg of Coot who has reason to bear particular grudge against the elves who contributed significantly to the Egg's forces being driven out of Blackmoor during the last invasion. 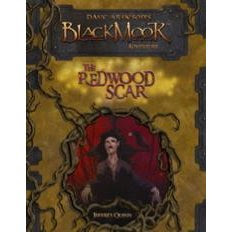 A review of the module, giving it the rating A- can be read here.