Realm of the Egg Part III

Here's the third installment about the Realm of the Egg.

Realm of the Egg Timeline: 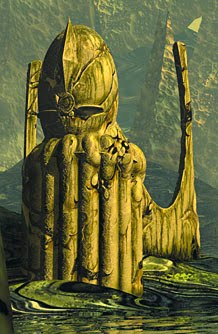 The Cthonian Age
The Egg is formed. It is said that it originally had humanoid characteristics, but as centuries passed this has changed...

Tsaothogghua spawns the Sar-Aigu and sends them towards what will become Blackmoor.

512
Temple of Id is destroyed

970
The Egg of Coot is first discovered by men of the Duchy of the Peaks.

994
In his rampage through the Duchy of the Peaks, Marfeldt learns of the Egg of Coot and fully realizes what threat this entity poses to all who value freedom in the North. Marfeldt wows to destroy the Egg.

995
The “Weasel” is promoted to Baron of Blackmoor. Learning of threats to the realm, he betrays Thonia and flees to barbarian lands, leaving Blackmoor unprotected.

The Egg launches its first invasion against Blackmoor finding Blackmoor town largely unprotected. A small force lead by Lord Fant sneak into the castle and open the gates from the inside. The Egg’s forces are driven back, but the Town of Blackmoor is all but destroyed. Rebuilding begins. Fant becomes the new baron of Blackmoor.

Captain Krey of Blackmoor sells out to the Egg’s Lieutenant, Soukup, but the treason fails.

997
Large scale invasions of Blackmoor by the Egg of Coot, under the leadership of the Egg’s most trusted lieutenant: Ran. In the second wave of attacks, Blackmoor ‘s defences are breached and the Egg’s forces make it all the way into Blackmoor Castle, slaying everyone in sight. 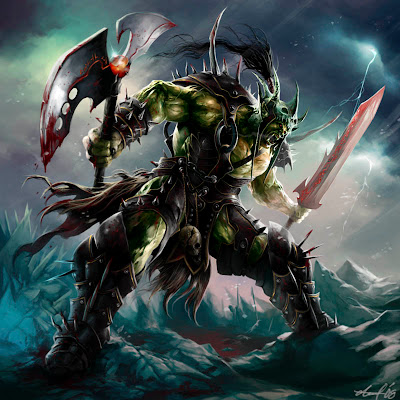 The Egg places King Funk I of the Orcs in charge of Blackmoor. Too Confident in their own strength, the Egg’s forces expand south, eventually stirring even the Peshwa. The Barons regroup and are aided by Peshwa, elves and Northern Lords, working to regroup.

The Ran of Ah Foo betrays the Egg of Coot, escaping to the Duchy of Ten, taking many of the Egg’s secrets with him. The Egg does not forget betrayal. The Egg’s forces are gradually driven back.

Moorkok the Slayer leads a Skandaharian attack against the Realm of Coot. The Slayer is captured and turned into a Thrall.

1008
Third invasion attempt by the Egg of Coot. This time the men of Blackmoor are prepared. King Uther repels the invasion.

1015
The Duchy of Ten is occupied by the Afridhi. The Egg is pleased to hear that the Ran has lost his realm, but disappointed that he seems to have escaped.

Working under the command of the Egg, Orc King Funk II launches an attack on Bramwald from the Stormkiller Mountains. Unfortunately for the Egg, the attack is repelled.

1022
Baron Bascom Ungulian leads an attack against the Realm of Coot, but is captured and his attack force is crushed.

1024
Baron Ungulian returns alive from the Egg’s captivity, but has been stripped of any memory of the events.
King Funk’s Orcs of the Black Hand attacks the Crystal Peaks and capture Dwarf-King Khazakhum.

Email ThisBlogThis!Share to TwitterShare to FacebookShare to Pinterest
Labels: Egg of Coot