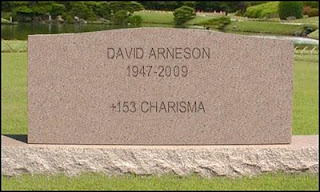 Since we are now in 2010, I would like to take a look at the past year and the things that have happened concerning Blackmoor. 2009 has been a year of Great Losses, a year of Hopes and Disappoinments an a year where we need to ask wherein the future of Blackmoor lies.

GREAT LOSSES
Overshadowing everything else, 2009 will no doubt be remembered for the passing of Dave Arneson on the 7th of April after two years of battling cancer. On the 17th of November, Richard Snider also passed away. More than anything else happening last year, the loss of those two gentlemen will be remembered. 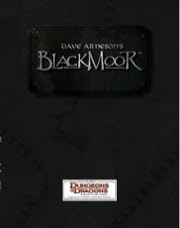 On the publishers' side of  things, 2009 saw the release of Blackmoor: The First Campaign in June, bringing Blackmoor over to the 4th Edition of D&D. This was a pleasant surprise as things had been so quiet around Blackmoor that many of us had given up hope that we'd ever see more Blackmoor Products. Blackmoor had now been placed among very few 3rd party settings to be supported for the new edition.

Blackmoor fans were further excited to learn of the planned launch of the Age of the Wolf setting which was to be released over the months of the fall of 2009. Unfortunately, those hopes were stiffled as it was announced that the Blackmoor lisence from WotC was coming to an end, with the chance of seeing any future Blackmoor products looking slim.

THE FANS MARCH ON 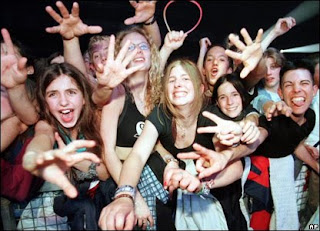 Not all that happened in 2009 was gloomy though. This year also saw the end of the Grim Winter Campaign. Grim Winter is Rafael San Miguel's long lasting Play by Post Campaign, one of the biggest gaming events in recent Blackmoor history. We are pleased to learn that a new chapter in this saga, the Promised Land will begin later this year.

2009 was also the second year of the Piazza. This D&D World forum is staying vibrant and steadily attracting more followers, with Blackmoor having its own top level subforum on those boards. Finarvyn's OD&D Forum has also been a great resource for learning about Blackmoor's early days and Arneson's way of gaming.

Finally, 2009 was the year when this Blog was born. Getting into the blogosphere has been a very interesting experience for me. Along with my website at blackmoor.mystara.us, it has been a good way for me to organize and collect my thoughts on Blackmoor. I have been humbled to see it attract so many great followers, many of whom help out with very interesting comments and feedback. Several people have contacted me, expressing a desire to see more things happen with Blackmoor even if we can no longer get official material. More than anything else, this blog has convinced me that the Blackmoor fans are a force to be reconned with. I belive that Blackmoor is now in the hands of its fans. 2010 will be the year when those of us who love the setting will have to step up and make sure that Arneson's creation does not disappear into oblivion, but instead lives on!

I wish you a Happy New Year!