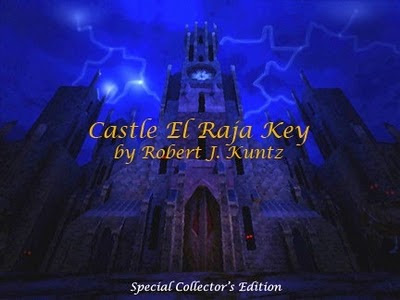 The more I dig into the stories of the early days of the Blackmoor Campaign, the more I see how much it is connected to the other campaign settings being created at the same time. In order to learn more about the Great Kingdom (which later became Thonia) of the C&C Setting, I have been doing some much needed reading up on Greyhawk. However, it seems like what I just as much should have been doing is to learn more about the worlds of Robert J Kunz.

Kuntz was kind enough to direct me to one of his own current projects: El Raja Key. In this upcoming book, Kuntz also details the impact a few adventures in Blackmoor had on the Greyhawk campaign:

"Within 4-6 weeks of our first adventure into Blackmoor Gary had a rough first draft of the new rules and several levels of the new dungeon, Greyhawk, to play-test these.  His daughters and Ernie were the first adventurers; the second one consisted of myself (Robilar), my brother Terry (Terik), Ernie Gygax (Tenser) and Elise Gygax (Ahlissa).  Within 4 weeks of this second adventure and the ones that followed on a daily and nightly basis, I crafted the first levels of El Raja Key, at first with the intent of only judging Gary therein, as he had been pulling double duty with writing the D&D rules as well as designing the levels beneath Greyhawk Castle.  After starting his PCs Yrag and Mordenkainen within it, Gary took his first step at making me the co-DM of the Greyhawk “Campaign” as then understood.  As the play-tests had been fast and furious,  many of the earliest PCs had grown very quickly in level and were moving to the outdoor.  I was allowed to DM these outdoor adventures just prior to completing my journey as Robilar to “China” (which earned me the co-DM mantle permanently and on all levels). ..."


Robilar and Mordenkeinen may have been Greyhawk PCs, but as they also appeared in Arneson's campaign, they should also be considered part of the history of Blackmoor. It would not be inappropriate to use them as NPCS in Blackmoor along with the Wizard of the Woods, the Great Svenny and all those others.