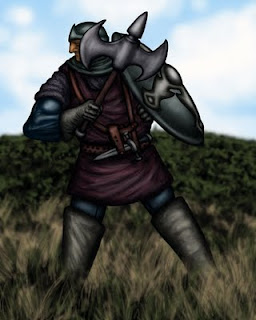 In a blog entry from the 20th of Novemer this year, James Maliszewski writes that:


"Both Blackmoor and Greyhawk have at least part of their origins in the Domesday Book map of the Castle & Crusade Society of the International Federation of Wargamers. Issue #13 of that periodical included an early version of Blackmoor, well before OD&D was ever published."

What is known about the original C&C World? At the Acaeum, Rob Kuntz describes how he was listed as King of the Great Kingdom. This is reflected in the Blackmoor timeline even today, as it is stated that Blackmoor was founded by King Robert I of Geneva.

Maliszewski further describes how the C&CS World can still be seen in both Greyhawk and Blackmoor:


"Echoes of this reality can be seen in the existence of a northern realm of Blackmoor within the World of Greyhawk and of a "Great Kingdom" in each -- a formerly good and noble realm that fell to evil and despotism and against which several nations rebelled. Likewise, there's also a Duchy of Ten(h) in each setting, whose name, legend has it, derives from its existence in section 10 of the C&C map, which was parceled into "land grants" to be given to C&C members to develop on their own."


The C&CS World map was roughly based on North America. More information about this setting can probably be learned from the Domesday Book, the C&CS Newsletter. Issue #13 has the first known printed information about Blackmoor. 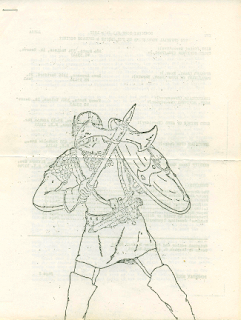 An original map of the town of Blackmoor from #13 of the Domesday Book can be viewed here. A revised version of this map appears in the FFC.