Realm of the Egg Part I

The Realm of the Egg 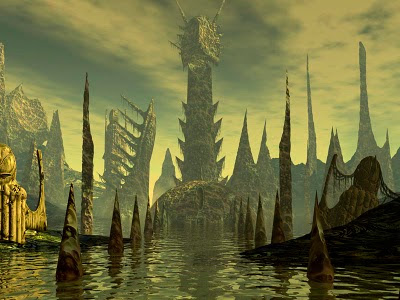 Overview
• Location: North of Blackmoor.
• Area: 7000 sq. mi. Population: 20,000. Languages: Thonian. Coinage: Egg (pp), Prince (gp),
• Government Type: Dictatorial Magocracy. The Egg is the law within its realm.
• Industries: Piracy, slavery.
• Notable Sites: The Egg's Nest (pop. 6000), capital city.
• History: About 25 years ago, the seas to the north of Blackmoor mysteriously receded, as a rocky peninsula rose from its depths. Shortly thereafter, messengers bearing tidings from the Egg of Coot, lord of the northern peninsula, traveled to all the major cities in the North.
• Important Figures: The Egg of Coot (MU?). Moorkok the Slayer (F17), Prince of the Egg, Soukup (Balrog), Abler (MU)
• Flora and Fauna: Due to the experimentations of realms sorcerers, and the nature of the realm itself, encounters with nearly any sort of monster imaginable are possible.

Background
The origins and true nature of the Egg remain a mystery. For centuries, it rested deep underwater. Untill something, or someone awakened the evil entity from its slumbers. Some sages speculate that it was the sea folk who first discovered the Egg somewhere within their realm. Others claim that evil wizards, perhaps from the Red Coven, or even Abler the Demonologist himself.

The men of the Duchy of the Peaks were the first who reported to have made contact with the servants of the Egg, as early as in NC 970. The Egg used its powers to raise its city, Coot’s Nest, from the bottom of the Black Sea and at the same time made the surrounding lands sink below the level of the ocean. This greatly reduced the kingdom of the Redwood Elves. The changing of the landmass also connected the Black Sea to the North Sea which in turn gave access to the Black sea to the Skandaharian Raiders of the East. It is unknown what havoc these dramatic geological upheavals caused for the Black Sea Merfolk, but they have obviously no love for the Egg.

(Notes: Some of this information was based on the works of Andrew Theisen and David Ross)