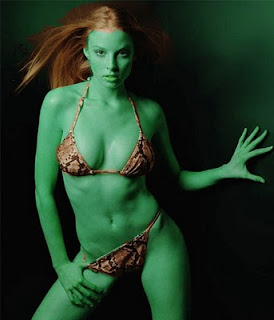 Thinking some more about the idea of a crashed space ship in the Blackmoor setting, lead me to consider what use there might be for the aliens. DA3 details Captain Bork Riesling and his crew as well as their conflict with the muntieers lead by Stephen Rocklin, introduced in the Temple of the Frog. Then it struck me: What if, instead of the players taking the role of native Blackmoorians exploring the Valley of the Ancients, they instead get to play the aliens? What perspective might this add to the game?

Actually, this might not be too different from some of the experiences Arneson had in his very early games. The first player characters in Blackmoor were 20th century time travellers.What would it be like to experience Blackmoor through the eyes of a character with a modern or even futuristic perspective?

One pit fall I could easily see is that the players would do all they could to fix the ship and get back home. Since the campaign should be about Blackmoor, this needs to be adressed. I would either make sure the players knew that there was no going back, or I might have them mind-wiped. The second option would not be unusual since we know Captain Riesling is not above mentally conditioning his crew. Also it would have the advantage of allowing the players some knowledge of modern things, but without really knowing why they were in the world of Blackmoor or where their space ship would be. 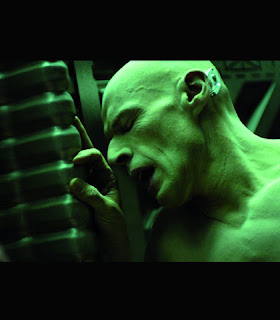 Of course, it could also be interesting to play out the factions. We know that we have Riesling and his loyal crew members on the one side and Rocklin's mutineers on the other. While Riesling wants to stay put, he will eventually have to come to terms with the fact that Rocklin needs to be dealt with. This would give even an alien PC group a reason to run through the Temple of the Frog!