END OF AN ERA? 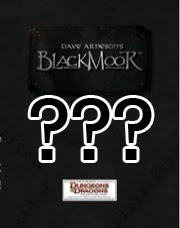 For a while now, fans have been worried about the lack of news on upcoming Blackmoor products. This was just posted on the Blackmoor Gmail list:

Blackmoor licensing is looking like it's going to end as Wizards of
the Coast does not appear inclined to renew the license come the
beginning of the year.

There was also developmental issues with Age of Wolf. Contractual violations by all on the project save 2 artists. It boils down to people forgetting they're working for someone on contract, not themselves or their vision.

Between these 2 items Age of the Wolf as it was initially envisioned is not going to see the light of day I am sorry to say.

We knew eventually Wizards would not renew the license, we were obviously hoping for another year or two, but it is, what it is. So we have had a contingency plan in place for the last 2 years.

It's been mentioned of the 'New Lands' we were going to add to Blackmoor for some time now, a number of hints of that were made clearer to those fortunate enough to be able to play in the 4e MMRPG campaign...

Well Wizards doesn't own everything Blackmoor from the 3.5 era... notably the classes, the Docrae race and a number of other things that made Blackmoor new and interesting. Those belong to Zeitgeist and Dustin Clingman... who has been nice enough to offer continued usage of those items NOT Wizards.

So, the new campaign setting will be in the New Lands and have a number of Blackmoor flavorings in it. Such as the classes and the Docrae Race and even Skelfer Ard!

More on this over the coming days, weeks, and months.

With the above issues on Blackmoor and for the holidays, all Blackmoor PDF's in our store and on RPGNow are marked at 25% off!

This sale is effective now through the end of the license (early next year).

Too early for me to comment beyond what is said here. Just thought I should share this with you right away.