The Great Kingdom Documentary is Back 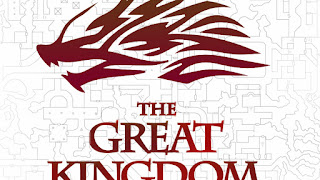 Remember the Kickstarter for the D&D Documentary called the Great Kingdom from 2014? Well, it is back.  This documentary promised to tell the story about Gary Gygax and Dave Arneson:


"In 1969, GARY GYGAX, a family man and an insurance underwriter with an entrepreneurial mind meets DAVE ARNESON, an idle, yet brilliant game designer. Their collaboration would change the world, their families and themselves. This is the remarkable true life story of the rise and fall of Gary Gygax, Dave Arneson and the people behind the creation of the epic role-playing game, Dungeons & Dragons."

"THE GREAT KINGDOM explores the personalities behind the game and the families they engendered. This is the saga of the people who brought a company from its humble basement beginnings and transformed it to a multi-million dollar corporation. A story for our time that parallels the rise, fall and redemption of Steve Jobs and echoes the who-invented-what question of the creation of Facebook."

When Andrew Pascal and James Sprattley left Westpaw to produce the Great Kingdom documentary, Savini of Westpaw took the new Kickstarter to court, the result being both Kickstarters ending up in legal Limbo. Now, however,  the legal issues appear to have been resolved and the documentary is back on track as it was announced yesterday:

"hi everybody.  we are back and we are excited to move forward with THE GREAT KINGDOM. we obviously have had some setbacks, the most important of which is losing CHRIS HAIFLEY as our director. he has moved on to other projects. however, we have put together a great team to get us to the finish line. it’s also safe to say that it will NOT be the film that we had first envisioned. this has more to do with the evolution of any documentary film. stories evolve and take on a life of their own or the original intent pivots for something even more interesting. our team believes we have something special that is uniquely focused on the history of DUNGEONS AND DRAGONS and we are lucky enough to have talented storytellers to tell you the story. we will be making more announcements in the coming months when we will be introducing everyone to the team. for now though, THE GREAT KINGDOM (title may also be changed) is moving forward.


ps. some folks have already written to us, congratulating us and also asking for a link or copy to the completed film. to those folks, we still do need to finish and release the film for their copy to be (e)mailed to them. thanks for being patient."


As I once invested 10$  in this Kickstarter, I am happy to see it back on track. There is still a great interest in the history of our hobby of Dungeons & Dragons. I really don't know much about the people involved in making this documentary, but I know that there are very important people that were interviewed for the film. I don't know how much of this has been changed at this point, but the announcement does say there is going to be changes.


What will this mean for the Dave Arneson documentary, Secrets of Blackmoor? This is yet another completely separate project with a different focus. Recently there has been talk about a Kickstarter for an early release of this film, but nothing official has been announced. Will the return of the Great Kingdom Documentary result in speeding up this process?

Meanwhile, there has not yet been any announcement with regards to Savini and Westpaw Film's 2012 Kickstarter for Dungeons & Dragons: A Documentary.


More discussion about this topic at The Comeback Inn, in this thread.