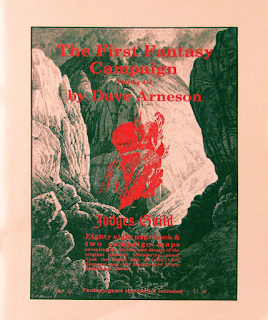 The First Fantasy Campaign (FFC) was published in 1977 by Judges Guild. It was written by Dave Arneson and edited by Bill Owen. Dave Arneson once told me that Judges Guid President and gaming legend of his own Bob Bledsaw had later transferred the rights to the FFC back to Dave. The two had apparently always been on friendly terms, ever since Dave Arneson worked for TSR as a liason to the Judges Guild.

Today, Bob Bledsaw II  was asked if he had any plans to rerelease the First Fantasy Campaign as a Print on Demand Product to which he responded:

"Not in the near future, sadly. I would love to see her in print again. Dave and I spoke about it before his passing, and he said there was some editing he wished to do to FFC, but that he wanted JG to release it. The written content is owned by his daughter now, and I put no pressure on her. It will be as she wishes."


It is a shame that Dave Arneson never got to do the editing he wanted for the FFC to share it with fans, but it is nice to see that the agreement between him and the elder Bledsaw was a formal agreement. 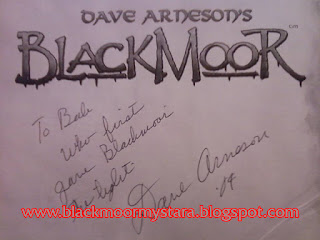 Blackmoor is a registered trademark that belongs to Wizards of the Coast.