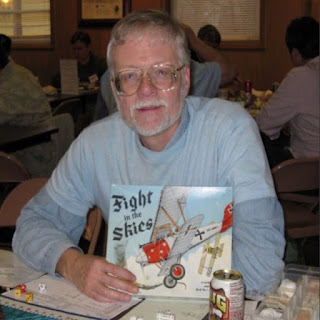 Mike Carr is a name that should be familiar to most Blackmoor fans for a number of reasons. The Gary Con Page on Facebook just posted the following:


"Mike Carr is a member of the Gary Con Old Guard and we are happy to have him and his lovely wife Pat back for GC XI. In case you don’t know Mike’s pedigree; he was a member of the international federation of war gamers (IFW) in 1960’s as a teenager. He created the game “Fight In The Skies” (aka Dawn Patrol) and self-published it at the recommendation of Gary Gygax in 1968. He also co-authored “Don’t Give Up The Ship” with Dave Arneson and Gary Gygax in 1971. He joined the ranks of TSR, Inc. in 1976 at the invitation of Gary Gygax. While at TSR, Mike authored the D&D module, In Search of the Unknown, served as editor for the Monster Manual, Player’s Handbook and Dungeon Master’s Guide and wrote three children’s novels. #garyconxi #dungeonsanddragons #lowg #legendsofwargaming #garycon #mikecarr #FITS #dawnpatrol" 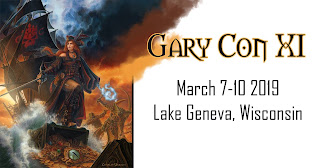 Mike Carr's B1 In Search of the Unknown was TSR's first attempt at publishing adventure modules. It is still surprising to me that early day TSR was reluctant to publish adventures, the notable exception being the Temple of From from D&D Supplement II: Blackmoor.

Mike is also counted among the original Blackmoor players and although his Fight in the Skies group seems to have been somewhat separate from Dave Arneson's group, Mike and his crew were great friends with the Minnesota gamers. Mike created the settings first cleric and is remembered in Blackmoor lore as Bishop Carr. I was lucky enough to get an interview with Mike Carr back in 2010 which you can read here.


Discussion of this topic at The Comeback Inn