Only a few days since Dragons at Dawn came out and people are already writing reviews. Here are some highlights:

From Sean Wills at Bite the Bulette:

"My 1st impressions is that Daniel has faithfully drawn on the discussions with those who played with Dave Arneson, as well as info from the man himself over the years, to recreate a very old old school experience. Have a look at the Lulu preview and you'll see what I mean. Combat has a big-ass chart, if you can dig that - DAD's for you.

It reads like a labour of love, it's audacious, a product of studious enthusiastic research and a fitting tribute to DA."

From Steelcaress at Roll 'Em:

From Geoffrey McKinney at the OD&D Board:


"This is a very cool, VERY old-school game. It’s as close as you can come to playing the game the way it was played when NOBODY in the whole world played it except for Dave Arneson and his buddies back in 1970-72. To my way of thinking, this game is 38 years overdue. We owe Dan Boggs a great debt of gratitude for all the hard work and research he devoted to re-creating the original role-playing game."

Although Old Schooler reviews tend to be positive towards old school material, all of these great reviews are making me optimistic about this Arnesonian game. And this is not all we can look forward to from the author. Dan Boggs has already announced that he is planning the release of the first expansion rules, Dragons at Twilight. 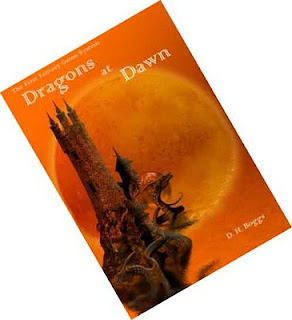 Email ThisBlogThis!Share to TwitterShare to FacebookShare to Pinterest
Labels: aldarron, Dragons at Dawn