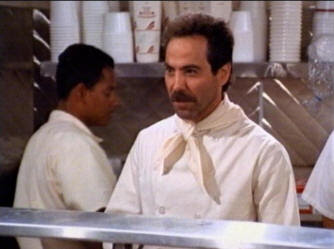 One of the great things about the OSR is how it has created a sense of newfound appreciation of older edition books and writers. I am drawn to the works of the early masters of the hobby because of the creativity found within them and the value of taking a second look at these works, discovering great ideas that for various reasons seems to have been lost along the way.

What I don't appreciate are people who worry too much about what is old school and what is not. Especially the latter part. Trying to define how Old School ended in 1981, or 1989 or in 2000, or with person X being kicked out of TSR and excluding everything after that point seems like a pointless exercise. I am also saddened by people telling others that you're not old school enough or you cannot use book X because that's not an old school book.

Interestingly, the most creative individuals from the OSR don't really seem to spend much time with this sort of exclusivist attitude though. They are instead simply driven by their enthusiasm. This positive attitude is what appeals to me about the OSR; not the people who will spend time telling you that you are playing it wrong.

To me old school is more about attitude and spirit, than about anything else. If my choice is between someone else's definition of what is old school and what I think is fun, I will go with fun. And lets face it, this was what the old school masters were about too, wasnt it? If there is one thing I have learned about the Old School masters is that they were willing to include just about anything they could get their hands on into their games. As long as it seeemed like a good idea at the time. So if you want to include Monte Cook's Ptolus, or the latest sourcebook for 4E in your Old School game, who am I to tell you that you arent good enough for the movement? Ultimately, there is no choosing between Old School and fun. If youre not having fun, it sure isn't Old School.