You are playing it wrong! 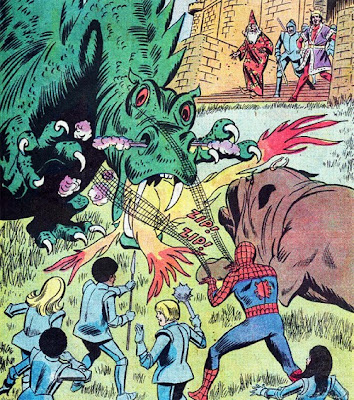 I have a confession to make: I have always been a bit reluctant to embrace the so-called OSR. Why? Because, frankly I have not always felt welcome among those who call themselves Old School gamers. On various forums and blogs there are always people trying to define what Old School gaming is about. And when I read some of these posts, I get them impression that they think that I am playing the game wrong.

The very first post on the Grognardia Blog had a statement which I liked:

"I don't think the history of roleplaying games since 1974 has been one of continual decline, but I do think a lot of good stuff has been lost or at least forgotten since then. One of the purposes of this blog is to discuss that good stuff and its importance for and applicability to the hobby today."

Since then I have seen Maliszewski use terms like the age of decadence on the period from 1981 and onwards. Was the initial mission statement forgotten? As someone who got into gaming 1980s, I find it hard to accept that everything that has shaped my experience with D&D as a result of decadence.

However I do like Grognardia's original idea of finding the good stuff that has been forgotten from ages past. If there is something looking into the original Blackmoor game has taught me, it is that the game cannot be played wrong. If you want to add space ships, dinosaurs or aliens in your game, then do it! Old School should not be about limitations but about freedom. As Gary Gygax said, "if you are having fun, you are doing it right."

Now this is the kind of Old School movement I can get behind. If Tavis is right, in his recent post on the Mule Abides blog,  about how the Old School movement is fighting for the DIY attitude and preserving the original miracle of gaming then that is an OSR that I can be a part of. If it OTOH, is an elitist club of grumpy (wanna-be) old men telling me how to play my games, then I have no interest in it.