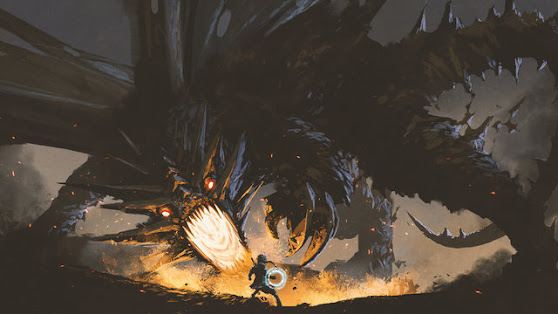 Tomorrow is the big day and people are already joining in with the celebrations!

Over at Thorn's Chronicle, my good friend and Co-Admin of the Comeback Inn, Rob has revealed plans for running a game on Discord. Depending on whether time differences will allow for it, I hope to join in!

Over at The Castle Blackmoor Facebook Page, we have a new confirmation that Kevin McColl and the Minnesota Gamers will indeed be running ArneCon, a convention mentioned earlier on this blog in the memory of Dave:

Mark October 15th. ArneCon 0.2 Returning since 2017 We are planning a gaming convention in October, to tie in with the Birthday of Dave Arneson celebrating Minnesota's history of the origin of Role-Playing Games. And cheer all who were involved in the early years! Emphasis on old school style gaming, its history, and how it's history evolved.

As noted the event will take place in a couple of weeks, but hopefully Blackmoor Week has given the gang up there the inspiration boost they need to make this as successful as previous years.

Over at The Piazza, site founder Ashtagon is doing a close examination of the Blackmoor maps presented in the DA modules. If you are interested in maps, you might want to check out that discussion.