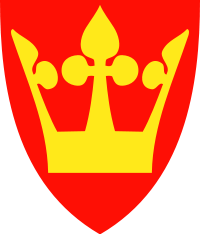 As Arneson's campaign developed, he realized that he needed a bigger city to be the capital of the realm. Blackmoor was but a small town, and it had been continuously sacked by the forces of the Egg of Coot. As a name for the new capital, he chose Vestfold. It is not unlikely that this was a reference to Westfold, the district within Tolkien's Rohan. Afterall, Blackmoor already had Hobbits, Ents and Balrogs at the time.

On the other hand, places like Mohacs (the Imperial City) and Borno were taken from real world locations of a certain historical significance. It is not unlikely that Arneson borrowed this name, like Tolkien did from the county of Vestfold, Norway. Given Arneson's interest in history, it is not unlikely that he was familiar with the petty kingdom of Vestfold, the staging point for the unification of Norway in the Viking Age.

Arneson's player, Greg Svenson originally developed a town in this part of Blackmoor which he called Tonisborg. The spelling is curiously not too different from that of the town of Tønsberg, located within the Norwegian county of Vestfold. Being Norwegian, I found this quite fascinating, although in my own campaign I had to rename the City, Westridge, as it would have been too familiar a name for them. Hopefully Dave would not have minded me doing so! :)