Vampires of the North 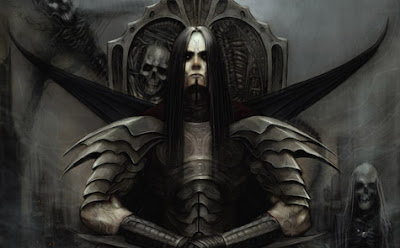 "In a mirror of the white, Baron Fant, before a desecrated altair. Beastly howls of agony and frustration. 'Bring her back! Bring her back! We had a pact! HONOUR IT, YOU BASTARD! HONOUR IT!'"(-The Last Fantasy Campaign)

Many manifestations of the Undead roam the lands surrounding Blackmoor at night, but few as dreaded as the Vampire.The most well known Vampire of Blackmoor was Sir Fang. The true origins of this Vampire are unknown, but the story goes back to the time when Blackmoor was ruled by Baron Fant. Fant was one of the heroes of Blackmoor. Under his command, the forces of Blackmoor twice repelled invasions from the Egg of Coot. However, the second war against the forces of Coot, left its marks on the baron. From having been a hero of the land, he was now reduced to a dark and shadowy figure. Some whispered that he would feed the blood of mortals. They called him Sir Fang.

For a time, the people of Blackmoor did not know that their Baron had become a creature of the night. Eventually, his most loyal vassal, Sir Jenkins of Glendower was also turned into a Vampire. But such secrets can not be kept forever. Especially in a land home to heroes of such quality as in Blackmoor. When the truth was learned, the Great Vampire Hunt was launched, and eventually Sir Fang was killed.

But he didn't die of course. Two dwarf-like Vampire creatures dug up Sir Fang's Grave and the Vampires fled into the night together. With these allies Sir Fang formed a legion of Undead who would threaten Blackmoor on multiple occasions. Some say he operated from the deep caverns below Blackmoor itself. Others say he constructed himself a Castle far from civilization. 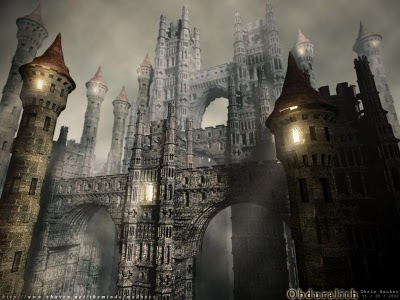 Behind the Scenes: Vampiric Bloodlines
It is never actually specified that Baron Fant and Sir Fang are one and the same, but it seems highly likely. How he became a Vampire is also not known, though it may easily have been connected to the Coot Invasion. The Last Fantasy Campaign ties it to the Egg's ally, Lord Ran, who although himself a Lich, may have turned the Baron into a Vampire. Perhaps Fant even let himself be turned, in despair after having learned that his wife and children had been killed.

Sir Fang and Sir Jenkins represent one of the Vampiric Bloodlines of Blackmoor. These are the classical vampires, as seen in 1970s horror films, as explained by original Blackmoor player Mike Mornard:


[One player] wanted to play a Vampire. He was extremely smart and capable, and as he got more and more experience he got tougher and tougher. This was the early 70s, so the model for 'vampire' was Christopher Lee in Hammer films. No deep folklore shit.
Well, after a time, nobody could touch Sir Fang. Yes, that was his name.

I have previously discussed how the threat of the vampires lead to the creation of the Cleric Class.The player wanting to play Sir Fang was most likely David Fant. Duane Jenkins played Sir Jenkins of Glendower, later referred to as the Vampire-Knight.

Another type of vampires are the so-called "Fangettes". I picture these "dwarven vampries" as short, crouching Nosferatu-like vampires, dwelling underground in sewers and deep caves. In the original campaign they were likely played by Joe Vail.

A third type of Vampire could be the swamp dwelling Velya, from the BECMI rules. In Return to the Temple of the Frog, St. Stephen has become a Vampire, and it may easily have been a Velya who turned him.

Vampires seem to have had a strong impact on the Blackmoor campaign and they are discussed extensively in the First Fantasy Campaign. Richard Snider provided additional rule for these creatures, something that suggests that Arneson's group considered them an important part of the game.