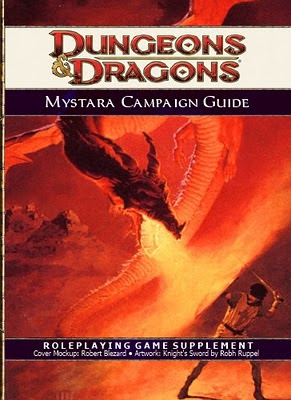 This fake cover is made by Knightfall, who recently posted about it on the Piazza. Its a shame that Mystara was never followed up by WotC neither for 3E or 4E, but looking at what happened to the Realms, maybe we are better off? I expect most of the readers of this blog have little interest in these later editions, but I think it is cool that Blackmoor was published for OD&D, BECMI, 3E and 4E. Only a few settings have seen such coverage.