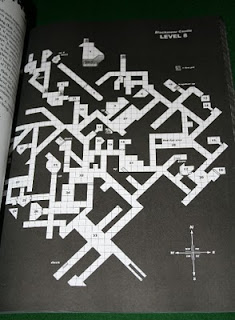 Yesterday I mentioned the homage paid to Blackmoor in the Destiny6 RPG, but this is not the only project associating itself with Dave Arneson's setting. After dealing with personal tragedy and failed negotiations with RPG companies, there is new word from Code Monkey Publishing on their Blackmoor derived Shaedraeth Setting.

It seems that there are now two products planned for release, possibly as soon as the end of the year. One is a book featuring over 30 deities of the setting. The other is a mega dungeon adventure called Dungeons of the Lost Moorlands. The latter should sound familiar to most of you. There is also talk of a Timeline for the setting which could be included in one of the products.

More details on this project can be found here.