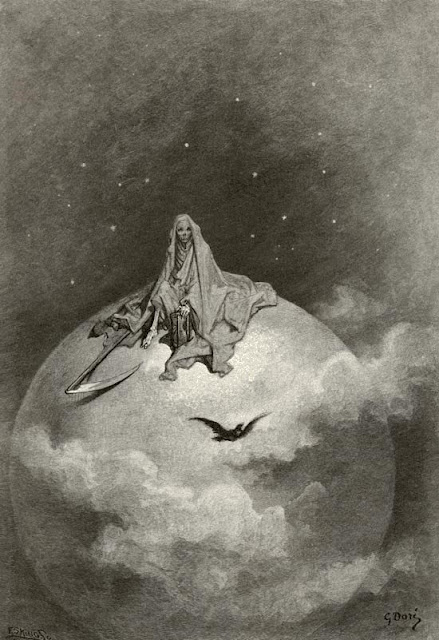 I was watching the movie Inception (2010) the other day and really liked it. Not only did I like the action scenes, but I was fascinated by the concept of shared dreaming and delving deeper into someone's subconcious. Rob S Conley wrote a small review of the movie here.

On a side note, lots of ideas in there for both planar travel (transfer the film's idea of how things work in dream states to, say, astral travel and what happens when the silver cord is damaged or cut) and psionic combat (dreamer's subconscious projections taking on outside dreamers who intrude, and a few other ideas).

In the Last Fantasy Campaign, we have been venturing through the Dreamscape lately as well. The characters have been visiting King Uther's subconcious in search of a way to prevent the destruction of Blackmoor and a way to get back at the Egg of Coot. I like how our DM, Rafael used this as a way to incorporate some of the more bizarre elements from Dave Arneson's original Blackmoor Campaign. We have now seemingly at last escaped the Dreamscape, so now we shall see what the real world might bring us of dangers...