Dave Arneson in the D&D movie

Unfortunately, Courtney Solomon's Dungeons & Dragons movie(2000) did not turn out to be as popular as many had hoped for in advance.

Dave Arneson was brought in as a consultant for the movie, but from what I have heard, he was mostly consulted on rules questions (how much damage does this spell do etc?), which in my opinion should not have been the main focus of the movie makers.

Dave was also supposed to appear in a cameo, in the movie, though that scene was cut from the final version of the movie. Thanks to Piper over at the OD&D Forum, I was able to get ahold of these photos from the uncut version of the film. 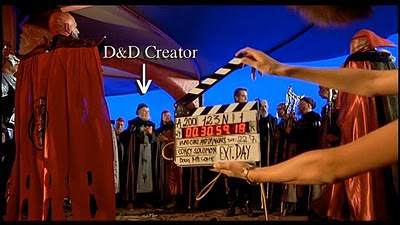 The same scene, with everything but Dave edited out: 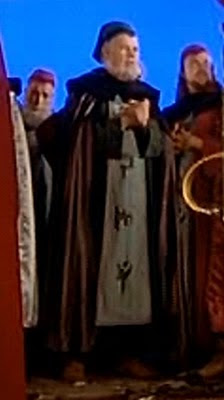 Its nice to see this picture of Dave as a mage. Afterall, both he and Gary did create magic in their time. At least the D&D movie managed to get that right :)