Reading some of the interesting stuff about the dwarves and gnomes of the Dwimmermount campaign posted on Grognardia a few weeks back made me want to write something similar for Blackmoor. However, I then realized that something has has been bothering me for a while. 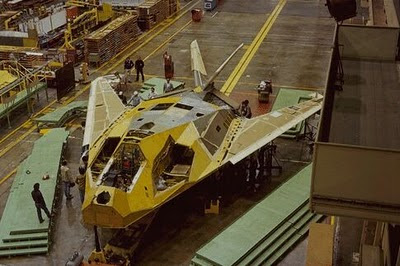 While the Dwarves of Blackmoor are mostly standard dwarves with not much to differentiate them from dwarves of any other D&D setting, the one thing that perhaps makes them stand out a little is their creation of huge mechanical devices. Not that this doesnt occur in other settings too of course, but since technology is such an important theme in the Blackmoor setting, the fact that dwarves are building such equipment suggests that it is a more prominent feature for the dwarves too, than in other worlds where it could be just one of many schticks.

But yeah, something has been bothering me about all of this. As I mentioned in the article about the movie Outlander; once you introduce a Space Ship into the campaign, it ought to mean something. In my opinion, the origin of all technology (beyond medieval level) should be the City of the Gods.

I was hoping that ZG would follow this pattern and was a little disappointed when, looking through the Clock & Steam has no mention of City of the Gods, but rather traces Clockwork technology back to Gnome inventors like Galen Lato (inventor of the first telescope) and Artigan (Inventor of the first clockwork construct). A dwarf, Borgrim Stonehammer, was responsible for the first use of  Steam Power.

However, the question that remains unanswered is; what triggered the whole thing? Perhaps Gnome clock makers had been experimenting a little on their own for centuries, but something must have sparked ideas that triggered a sort of Industrial Revolution? It then occurred to me; the dwarves must have had access to a major find from the City of the Gods. Some sort of Area 51. I could see the dwarves, taking in a few selected gnome Alchemists into the deepest of caves under Mount Uberstar. What does this dwarven Area 51 contain? Perhaps an explorer type vessel used by one of of St. Stephen's allies, possibly even a kidnapped alien? Or simply various technological artifacts stolen from the Temple of the Frog, and collected for studies? Whatever it is, it must be something that had a serious impact on Dwarven society. Something that made the Dwarven and Gnomish sages make leaps in their technological advances that they would never have without it.

Recently, the Dwarven alliance between King Uther and Regent Oberstar Kazakhum (played by Walter Oberstar) meant that the clever minds of the Blackmoor University got some insight into dwarven secrets. While the Dwarves undoubtedly still keep some things to themselves, this cooperation holds promises of an even more incredible development for the future.