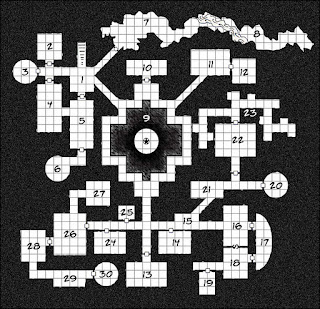 The DIY attitude is something that old schoolers often talk about. Building your own campaign world is often part of what many old school DMs write about. Creating your own world like Gygax, Arneson or even Tolkien himself. Interestingly, the same Old Schoolers will often praise many of the old adventure modules.

My preferences are a little different. I love the published settings. Blackmoor and Mystara in particular, but also many of the other D&D worlds. On the other hand, I have very rarely used modules. Back in my early days of gaming we never used them. We loved drawing up dungeons and populating them with monsters. Since we didnt have much money back then, it seemed like a waste to buy something that we could easily make ourselves. Later I have gotten to appreciate modules more, but I rarely run them as is, but rather use the elements I like and tweak and warp them as to fit my tastes and the needs of the campaign.

Are there two schools of DIY? The Setting way and the dungeon way? If so, which one do you belong to?