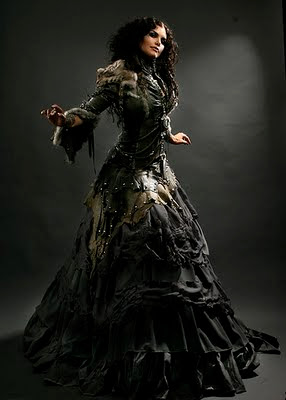 One of the most powerful wizards in the Thonian Rand, the part of Thonia bordering to Blackmoor, is Mistress Ibis Shatn. Ibis is the Warren (Baron) of New Bril, and one of the vassals of Duke Markovic. A force of 200 Imperial Constables defent her stronghold. These forces supported the Iron Duke in his military repression of the Peshwah. She is noted for her cruelty as well as her hunger for magical power. Unfortunately, one of her less than competent hirelings accidentally caused one of her most powerful magical items to magically disappear. She is now completely dedicated to finding the item again as it contains a part of her life essence. Should she be able to reclaim it, she will once again become a powerful asset for Duke Markovic in his quest to reclaim Blackmoor in the name of the Thonian Empire.

Read more about this fascinating character and her magical items here.