The ongoing Blackmoor PbP, coined the Last Fantasy Campaign, and in which I play the character General Harwan, has taken a shocking turn of events. King Uther, believed to be dead and buried, is revealed to be alive! 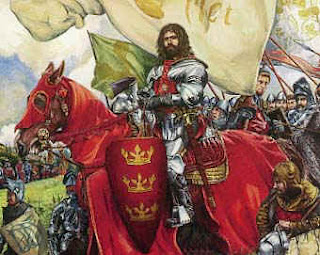 As Vestfold and large parts of western Blackmoor have been destroyed by the Egg of Coot, the return of Uther hints to a turning of the tide. Could this be a chance for the Company of the Maiden to finally strike back at Blackmoor's enemies? I am excited to see what our DM, Rafael, comes up with next!