Last week, Ben Riggs, author of Slaying the Dragon: A Secret History of Dungeons & Dragons, posted an article on his blog about Dave Arneson revealing a letter that Dave Arneson sent to Peter Adkison on April 11 1997. 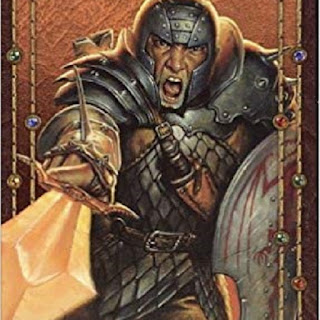 Adkison was at the time CEO of Wizards of the Coast, the company that had just acquired TSR and with it the game Dungeons & Dragons. Adkison did not respond to the letter and Dave wrote a second letter later that month that Riggs plans on revealing at a later point.

What I find most interesting about all this is what it tells us about Dave Arneson at this point in his life. Dave was 49 at the time. 6 years earlier he had published his last module, The Case of the Pacific Clipper, published by Flying Buffalo Games. Riggs describes Dave's career as being left a  a minor figure in the industry after having been vital to creating D&D suggesting this and perhaps the style of the letter as a possible explanation why Adkison never responded.

However, we also know that this was not the end of Dave's involvement. After reaching a settlement with WotC, Dave was invited to be an advisor on the D&D movie (2000) and wrote tie in articles for the WotC website before eventually co-founding Zeitgeist Games in 2003). This was the company that would return Blackmoor to published form until Dave's passing in 2009.

What are your thoughts about the letter and the notion that Dave wanted to run TSR in 1997?

Discuss this topic at The Comeback Inn.