A Pathfinder AP for Blackmoor fans? 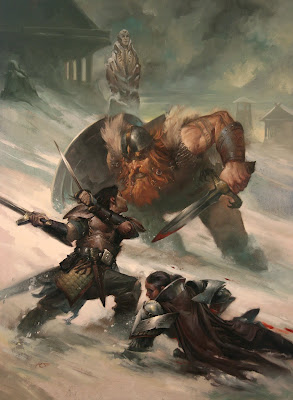 I have previously suggested that Numeria is the equivalent of Blackmoor in Pathinder's Golarion Setting. I was therefore disappointed by Paizo officials making statements suggesting that they were never going to do much with this part of their setting.

Now I am pleasantly surprised to learn that Paizo developer/author James Stutter has announced definite plans for an entire Adventure Path with connections to Numeria. Sharing Blackmoor's elements of combining technology and fantasy, this could mean that the adventure path could also be adapted to our favorite setting!

Furthermore, new Numeria themed monsters will be appearing in the Pathfinder Inner Sea Beastiary which is being planned for release this fall. I will definately be picking up these items!


More on this topic here.