Necro's Clark Peterson to do Pathfinder 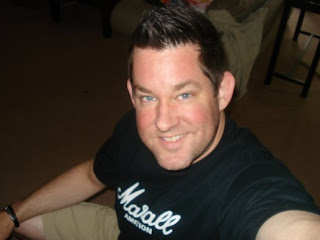 Clark Peterson formerly of Necromancer Games has announced his return to the gaming industry. Peterson gets mentioned in the Blackmoor blog because of his involvement with the Wilderlands of High Fantasy. On Monday he wrote the following:

I'm up to something. Not ready to say just what it is yet. But Paizo will be the first to know.
And it will be Pathfinder. Pathfinder is the game that has the soul of what D&D was coupled with proper changes for the modern game. That is what I want to support. Plus, I love all the people at Paizo and I love what they are all about. And the community here is just second to none.
You'll be hearing from me...

Judging based on his previous work, this is great news for the gaming industry. Now if we only could get him to work with Judges Guild and do more for the Wilderlands. Not quite Blackmoor, but almost the second best thing? :)